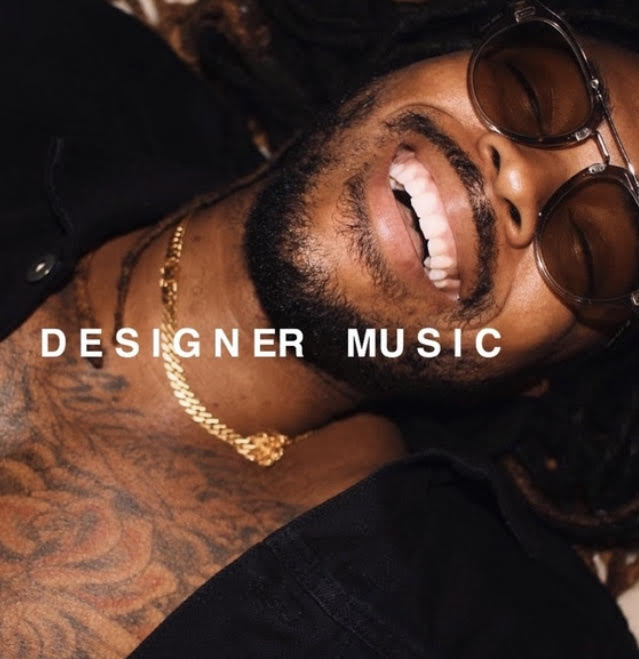 Fashion, in a literal sense, is in a lane of its own. Over the years, trendsetters have been unapologetic about their creative direction when making the clothing of their choice. In the same manner, fashion statement curators have given a mass of individuals pure confidence, anonymously pushing them to throw on what makes them feel good inside. One artist who urges others to speak their truth and to be their best selves, like designers, is Bay Area-based Jjuan.

Jjuan describes himself as a person who tries to better himself every day and keeps an unwavering focus, “I was raised in a tough environment and saw a lot of struggle when I was young. I strive to embody the character of always achieving my goals by focusing my energy and time on music,” he adds.

His category of music is nothing but versatile, showcasing both his knack for singing and rapping. Lyrically, Jjuan speaks on perseverance, personal growth, taking the good with the bad, and living life to the fullest. Even though things or specific musicians do not inspire him, Jjuan draws from what he learns and personal experiences.

This shit come w the work

“The way that creating music makes me feel inspires me,” he continues. “It’s a feeling of euphoria that nothing else compares to. I do this shit because I love it. It has to be music. I can’t imagine myself doing anything else.”

Jjuan’s new tape, DESIGNER MUSIC, is a multi-genre piece that carries spoken words about being honest, being the most fly, being in (and out) of love, overall accomplishments, and enjoying life.

“This project is entirely different from anything I’ve ever done before. It’s like a luxury fashion piece. Think of what goes into that,” Jjuan says. “We can begin with the actual idea itself and the storytelling behind that idea. These ideas then lead to sketches. Afterward, it goes on to sourcing the fabrics, which ultimately leads to production. There is great attention to detail. I feel that I’ve embodied these processes with this project, so it has a different kind of feel and focus.”

Speaking of fly attire, Jjuan admires Pharrell‘s because “it gives off a nice ‘I don’t care I’m having fun with this fashion shit’ vibe. But it still has that high end feel still.”

From his twist on Genuine‘s “Differences” in “CHANGED UP (feat. FrvrFriday) to his bluntness on “DISHONEST,” DESIGNER MUSIC shows Jjuan’s power in storytelling and diversity. He adds,

“DESIGNER MUSIC represents growth, positive energy, having fun, and fly shit. The storytelling is a lot more mature than my other projects. It embodies everything I’ve gone through during this whole quarantine with meeting a new girl and living every moment of my life.”

Standout tracks include “MORE TIME,” “NEED YOU,” and “DISHONEST.” In terms of car tunes, Jjuan says to bump “CHANGED UP (feat. FrvrFriday),” which happens to be his favorite track off the project.

The first track, “MORE TIME,” is an afrobeat-like offering full of lively percussions and a bouncy tempo. Although the lyrics are minimal, Jjuan’s spellbinding register brings more oomph to the song, urging listeners far and wide to get on the dancefloor. Along with the soundscape, Jjuan sings phrases like “baby, I just need some time,” and “we gon’ be alright, just fine.”

“NEED YOU” sees Jjuan telling his significant other that he’s at her beck and call. Tapping into his pop sensibility, the musician assures his Mrs that she can trust him. “You’ve got people who preach things even when they don’t believe it,” he sings ever so softly. “You know that if you tell me your deepest secret, I’ll keep it.” As the song continues, Jjuan reiterates that he’s there as a lover and friend. The summery soundscape in “NEED YOU” is led by a warm guitar arpeggio and snares.

DESIGNER MUSIC’s second to last song, “DISHONEST” carries production that resonates with PARTYNEXTDOOR’s musical styling and Kehlani’s in “Nunya (ft. Don Kennedy)”. Over the somber beat, Jjuan calls the bluff of his former girlfriend, saying that she’s lying about things being peachy. Elsewhere, the “Guava” lyricist admits why the relationships didn’t work out initially. But the central theme in “DISHONEST” is Jjuan wanting honesty from whoever he’s committed to. Cadence-wise, Jjuan crossovers between swift rhymes and a velvety vocality.

Moving forward, Jjuan will release a few new singles. “Second Day” will be released in the fall. His advice to those creating their first album is to be yourself,