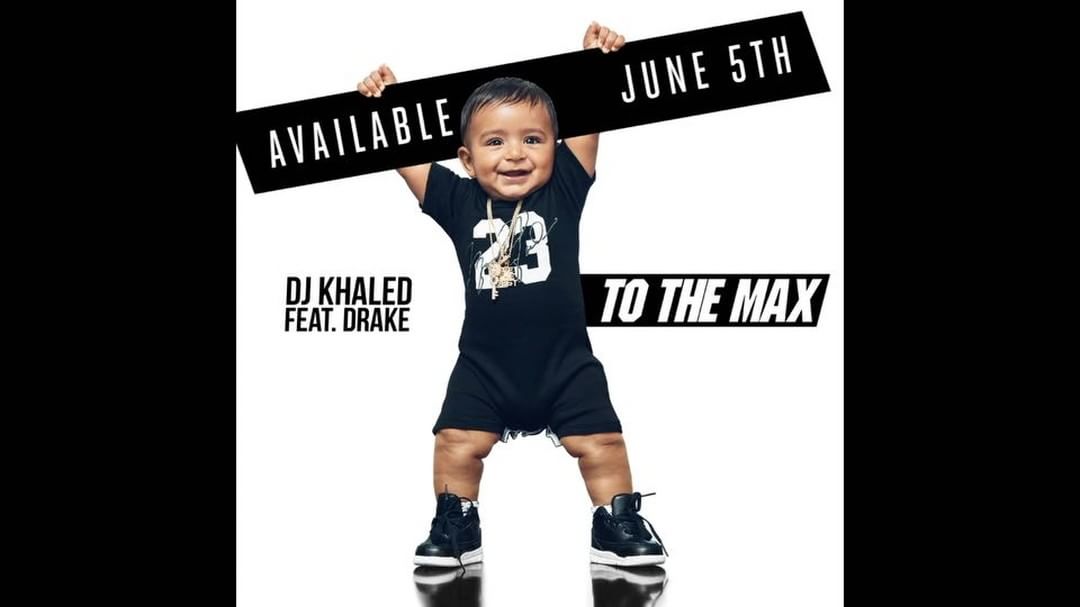 THE DRAKE VOCALS ARE IN!  DJ Khaled’s “To the Max” has just been released!

At 6:00 am EST, DJ Khaled and his adorable executive producer Asahd released the newest single from their upcoming album, “Grateful”. This single drop comes after DJ Khaled has been teasing us for a while with his catchy phrase. The phrase has now become the slogan for the single up until it dropped. “DID THE DRAKE VOCALS IN YEEEET?”

Listen to the catchy song in CDQ quality below:

Not only did the he grace us with the new single, but he also he also released the album cover art as well as the official release date for the album “Grateful”.

GOD IS THE GREATEST! #GRATEFUL #JUNE23 … WOW!! This is my 10th Album! And this is my sons First Album! TEARS OF JOY!!! I've been through so many storms! I weathered every storm! I always knew there would be sunshine on the other side !! I never gave up !! I ALWAYS HAD HOPE AND PRAYED! I LOVE GOD SO MUCH !! FAN LUV PRE ORDER YOUR #GRATEFUL ALBUM NOW!! FAN LUV THIS IS FOR YOU! THIS FOR @asahdkhaled ! THANK YOU GOD ! #GRATEFUL IS MY THANK YOU TO EVERYONE!! @wethebestmusic @rocnation @epicrecords 🙏🏽🔑🌺🦁🙏🏽

DJ Khaled has given us 10 albums with each having top charting anthems. I think we can also count on “Grateful to be another hit or as Khaled would say, “Another 1”.  Executive producer Asahd Khaled (Khaled’s son) is on the cover for the Grateful album. He graces the “To the Max” single cover as well. This album will be the first album for young Asahd. The single will be his 3rd hit song. Blessings on blessings for the young exec, who’s name means lion.

The song has already reached number one on Itunes’ single charts. Asahd and DJ Khaled make a fantastic duo. We’re really looking forward to hearing the rest of the album on June 23rd!