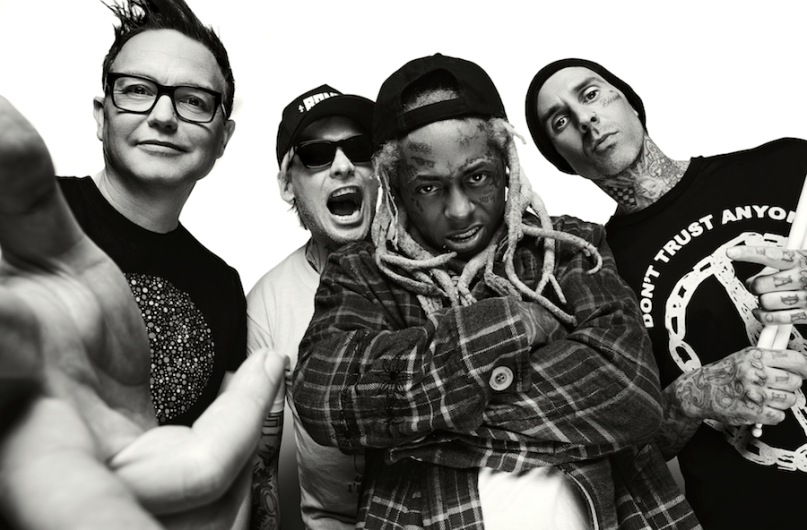 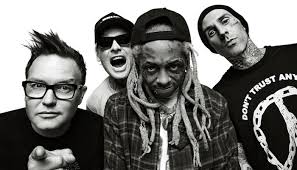 Lil Wayne and Blink-182 have announced a co-headlining tour, The North American trek. The tour begins this June and stretches all the way through September. The two acts announced their tour via a mashup of Lil Wayne’s “A Milli” and Blink-182’s “What’s My Age Again,” hinting that the shows will contain more collaborations and mashups between the two. Joining the two headliners on tour are the Welsch pop-punk group Neck Deep. 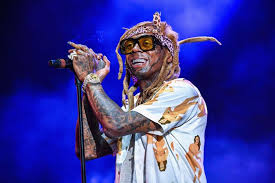 Can we expect a Lil Wayne rock-infused album?

This duo might come as a surprise to fans, but Lil Wayne has experimented with his inner rockstar many times before. Weezy and the rock group announced pre-sale tickets for the tour (May 6) on Ticketmaster’s website  before tickets officially went on sale Friday (May 10). The Tickets + Music section of the site reveals a message that says each purchase comes with an option to pre-order a  physical copy of either Blink-182 or Lil Wayne’s forthcoming album. 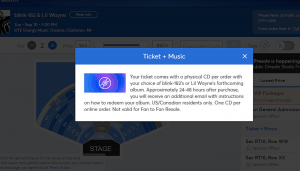 The Ticketmaster message reads, “Your ticket comes with a physical CD per order with your choice of Blink-182’s or Lil Wayne’s forthcoming album. Approximately 24-48 hours after purchase, you will receive an additional email with instruction on how to redeem your album. US/Canadian residents only. One CD per online order. Not valid for Fan to Fan Resale.”

For die-hard fans craving a follow-up to Tha Carter V,   this is the confirmation that a new album is soon to come. Last month, Wayne took to his Instagram Story and posted an emoji of a coffin. Fans still believe that the post indicates that Weezy is ready to release his Funeral album, which has been rumored since 2016. All in all, Lil Wayne is up to something and the experimentation with rock and punk on the next album might prove successful. Check out the mashup songs and the tour dates to see if The North American trek will be in a city near you! 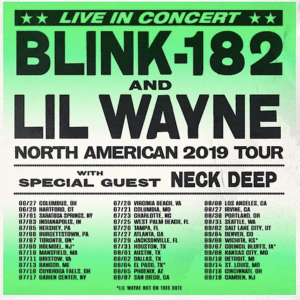