In December 2020, authorities took Foogiano into custody regarding a former charge. However, he was given release under bail with the condition of wearing an ankle monitor. According to news sources, authorities found the monitor on a highway. There were signs of tampering. Current press releases indicate that Foogiano will serve 5-years on fugitive and tampering charges due to recent incidents.

Girlfriend Renni Rucci and fellow industry artist and criminal justice reformer Meek Mill quickly spoke on the harsh sentencing.  Following the news, Meek took to Twitter. “Free Foogiano… don’t try to kill that man whole career about tryna protect himself years ago.” Additionally, Rucci took to Instagram, calling for Foogiano’s release.  But, both Rucci and Mill are not alone in their support. And Foogiano is fighting back in his way.  He recently sent out an Instagram post asking fans to rally together in support “All my family and friends, family, and supporters make this, “Free Foo” your profile pic,

Nevertheless, Foogiano’s response is not surprising. Foogiano is a fighter and a survivor. Like many times before,  I believe  that the phenom will show the world  that he is the “Come Back, Kid.” This talented wordsmith turns hardships into diamonds. 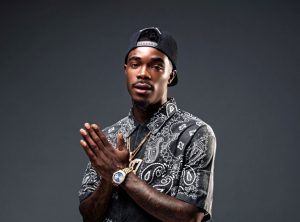 Undoubtedly, his experiences serve to fuel the flames of his lyrical genius. “Musically and personally, the 26-year-old exists as a new-age Pac, brilliantly painting verbal imagery of the struggle…”  Surely, this experience will give him more ink for his pen.

In conclusion, here’s hoping more comes out of this than just source material, #Criminal Justice Reform