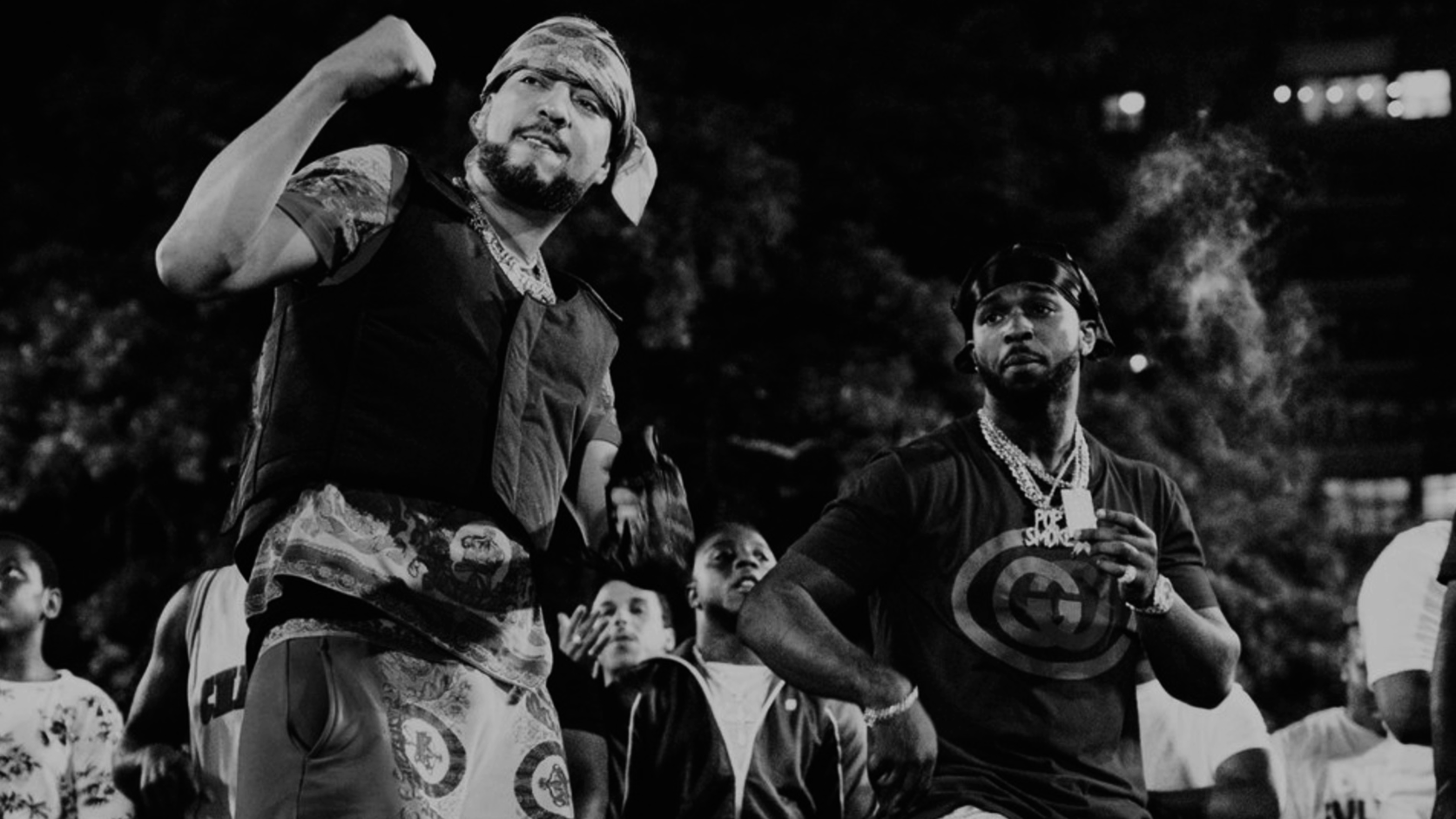 On October 30th, French Montana (@frenchmontana) released his new single Double G, which is arranged to be on the Moroccan-American rapper’s upcoming mixtape, (CB5) C.O.K.E. Boys 5 (Creation of Kings Everywhere). Double G features a posthumous verse from one of Hip-Hop’s fallen idols, Pop Smoke (@realpopsmoke). The 20-year-old passed away on February 19, 2020, after being shot twice during a home invasion in Hollywood Hills, CA. In an attempt to earn respect within the city’s booming Drill scene, French pays tribute to the city of New York as he ventures into the late Brooklyn rappers’ characteristic sound.

French Montana on Instagram after Pop Smoke’s team released Shoot for the Stars, Aim for the Moon:

“MISS YOU MY BROTHER! YOU PUT A SMILE ON MY FACE WHEN I FOUND OUT YOU RE-DID MY SONG FROM MY FIRST ALBUM….WE HAD SO MUCH MORE OTW …. I KNOW YOU’RE UP THERE WITH CHINX HAVING A BALL, SEND MY LOVE …WE HOLDING IT DOWN FOR Y’ALL UNTIL THE WHEELS FALL OFF #woo to the #yay POP SMOKE ALBUM OUT NOW .. CHINX ALBUM OTW”–(@frenchmontana)

The official music video shares footage of Pop never-seen-before. They appear in the studio working together and then shooting hoops in NYC surrounded by their fans.

“Pop was a brother to me. We developed a friendship well before he became a household name and connected through the steets of New York music and our talents. Today, I’m honored to continue to uphold his legacy with a song that we made while we were in the studio having the best memories and visuals that I know he would have loved. I still remember this day we performed in our hometown of New York City and looking at my brother from accross stage, seeing how proud he was as fans cheered us on…that’s how I will always remeber Pop.” –French Montana