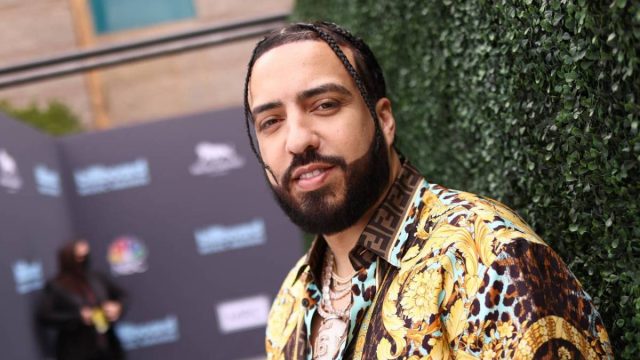 French Montana appeared on Sway’s Universe on Thursday, June 23 — a day before the release of his new album Montega. During the show, French spoke about the time he suffered a gunshot to the head in The Bronx in 2003. His former friend was the one who set him up, but he was also accountable for saving French’s life in the end.

“Your greatest threat always comes from the inside. They put staples in my head, bitch, they been tried,” French said on the show, referencing a line from his new song Blue Chills.

During the interview, Sway wondered if the Morroco-born rapper still kept in touch with his former friend. “There was no communication. There can’t be,” French said.

French was leaving a recording studio in The Bronx before the shooting occurred. Two gunmen approached him, causing a fight to arise.

French realized that one of his friends set him up. “I ain’t run. We had the thing on us, they had the thing on them. But they got to their thing first,” he said during an interview in 2008. The struggle continued, and one of the gunmen pulled the trigger, shooting French in the head. “The bullet went in and out,” he said.

The man who shot French was unintentionally shot and killed by his partner during the fight. French’s ex-friend then took him to Lincoln Hospital.

French was charged with murder after the shooting. Thankfully, he beat the case. He explained that there was no evidence for the case. “His man that was shooting shot him by mistake. One shot me and his man shot him trying to shoot me.”

The Rap Game Is Not Easy

French shared his story shortly after Bronx rapper Lil Tjay was shot several times and rushed to surgery after an attempted robbery in New Jersey on Wednesday, June 22.

French told TMZ that he learned about Lil Tjay’s condition and has not spoken to him since the incident earlier this week. “It’s a bad situation. It’s hard out here for rappers, man.”

He continued, “We got the hardest job. You don’t know where it comes from, man. We think that everybody love us but everybody don’t love us.” French and Lil Tjay have a history together. The two teamed up with Blueface to receive a gold medal for their hit song Slide in 2019.

French Montana’s fans and loved ones are glad that he survived such a scary situation, and the rap community hopes Lil Tjay can pull through.