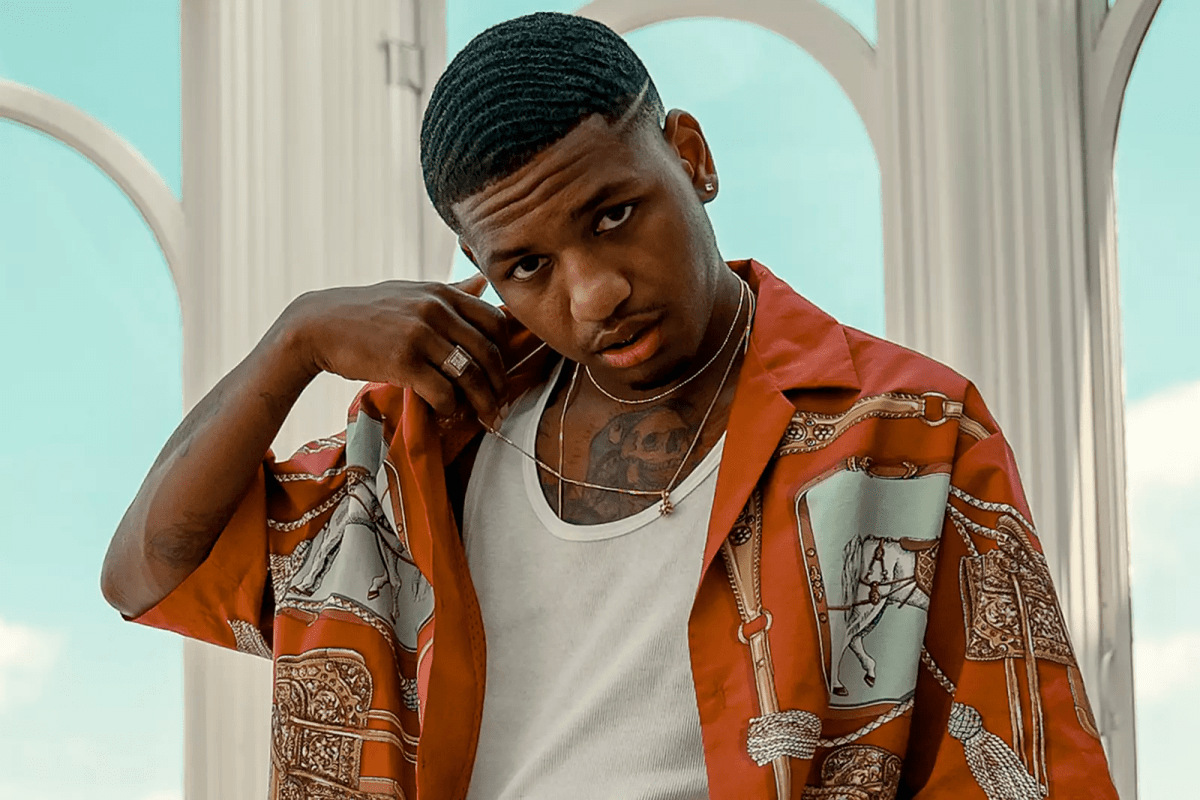 Guap ,formerly known as Guapdad4000, stars in the short film STOOP KID in collaboration with production company 88 Rising. The semi-biographical short film is currently streaming on Amazon Prime as part of the Amazon Music documentary series.

The official summary for the film states:

“88rising teamed up with Amazon Music to present GUAP’s thought-provoking personal short film, STOOP KID, set for release on July 21st on Amazon Music and Prime Video. The film is a deeply personal coming-of-age story which follows music artist Akeem ‘GUAP’ Hayes as he navigates a complex upbringing in Oakland, California. The music from GUAP’s album 1176, titled after his childhood home address, sets the tone for this moving story, telling the tale of a Black-Filipino artist as he explores his identity, his family, and community”.

“I Got tired of people saying my life is a movie… so I shot one. It’s a short film/musical and it’s saucy as fuck” – June 8th @guapdad4000

Akeem Hayes hails from West Oakland and has rapidly built an organic fanbase and gained accolades. He first rose to digital prominence through social media due to his natural persona that could be considered a parody of most rappers confidence levels. However, this was his true personality; there are elements of the Bay Area culture and his eclectic interests displayed throughout his brand. Guap maximized on the combination of his social media reach, natural personality and a diverse creative skillset to generate attention. After answering J. Cole’s open invitation, he was nominated for a Grammy after contributing to Dreamville’s Revenge Of The Dreamers 3. Since then, he has collaborated with major acts like Charlie Wilson, Chance The Rapper, and Rick Ross. While maintaining a strong presence in the alternative rap space working with acts like Buddy, Kenny Beats, and Denzel Curry.

The Album That Inspired Stoop Kid: 1176

Guap and prolific producer, Illmind, came together to craft the deeply personal 1176. The title of the project is the street number of Hayes childhood address. The tracks are an introspective, vulnerable, and candid look at the life experiences of the Oakland-based MC. This album serves as the inspiration for Stoop Kid and aims to bring the vivid audio tale to the silver screen. He held a June 8th screening for STOOP KID at Brain Dead on the legendary Fairfax Avenue in Los Angeles.