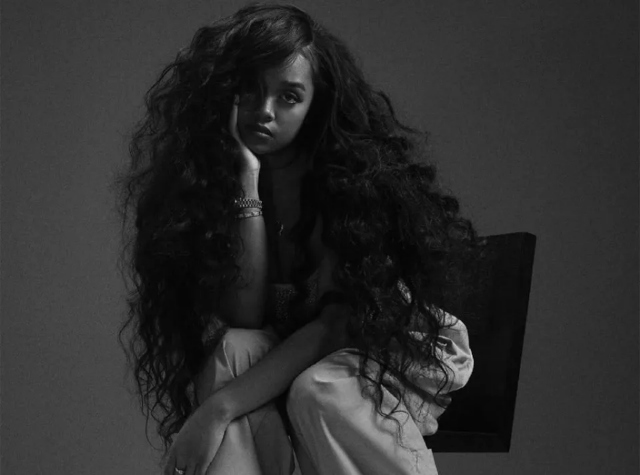 H.E.R. to Live Out a Dream. Image Source: Tim Saccenti

Today the world found out that legendary vocalist H.E.R. is getting the opportunity to live out a dream. And we are here for the magic.

According to MSN, the songstress has been tapped to reprise the role of Belle. She will do so on a 30th Anniversary live readaptation of Beauty and the Beast. And she is over the moon.

Gabriella Wilson, also known as H.E.R., whose stage presence is undeniable, had some beautiful things to say about her once-in-a-lifetime opportunity. In her words,

“I have always wanted to be a Disney princess, and I get to work with two wonderful directors Hamish Hamilton and my favourite, Jon M. Chu.”

The fantastic news is not hers alone.

The Significance of H.E.R.’s Selection

The artist’s selection for the role is not only notable for her; it is a magical moment for many young girls. Gabrielle’s fulfillment of the part of the Disney princess will mark the first time a woman of mixed heritage will walk on stage as the eloquent and beautiful Belle. As MSN notes,

“H.E.R.’s casting marks the first time a woman with Filipino and African American heritage will play the role of Belle onscreen.”

Words cannot express the beauty of such a depiction. Because now more than ever, representation matters.

The directors were equally enthused to have Gabriella on board.  John Chu went on to elaborate on the perfection of her selection. According to Chu in Gabriella, they found the picturesque embodiment of Belle’s essence. And now, fans of the Disney masterpiece and H.E.R. will get the opportunity to see all the magic in a two-hour premiere on December 15th.

Congratulations to H.E.R. for living out a dream. Hopefully, this will be yet one more reminder to all young and young at heart that anything can happen. Dreams still do come true.