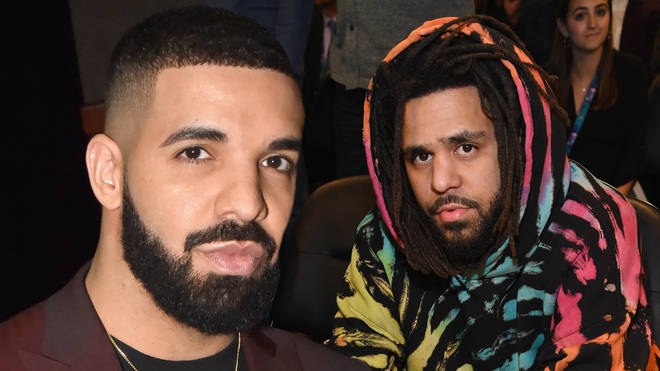 Hip Hop DX reported that Drake was in connection with the deal. Nicholas, “Niko” Carino who is a co-founder of OVO and part-owner of the Shooting Stars also happens to be a close friend of Drakes. It was reported that Carino and Cole met up last year at Drake’s birthday party. The two had discussed potential opportunities for the artist.

J. Cole is signing a contract with the Scarborough Shooting Stars in the Canadian Elite Basketball League

Cole World is back 🔥pic.twitter.com/Ou4ek8PAk2

Carino said, “You know, Dreamville and OVO are family, Drake had a birthday party in L.A. last year. The conversation was, ‘I heard you have your team.’ It organically grew from there.”

The league is set to host its season openers and J. Cole is ready to shine!

The Guelph Nighthawks will be receiving a visit from the Shooting Stars Thursday, May 26th. The No Role Modelz rapper has earned the respect of his teammates in his short training camp stint before this weeks season kick off. Olu Famutimi who plays small forward says, “J. Cole, he’s really putting in the work, Whatever we’re doing, he’s doing probably even more. Comes in early, stays late, and his drive right now, he wants to become better and wants to be known as a guy that can really hoop.”

And there you have @JColeNC listed on the roster for the Scarborough Shooting Stars' first-ever CEBL game in Guelph tonight. pic.twitter.com/e449J0jCg0

According to FM Hip Hop, back in July of 2021, Dreamville partnered up with Wilson Sporting Goods to revive the historic Chi-League pro-am basketball tournament. Dreamville’s mission in the Chi-League is critical as their involvement helps raise interest, design custom team apparel, and ensure unique in-game experiences for fans. J. Cole also played three games with the Rwanda Patriots in the Basketball Africa League.

It seems the leading member of Dreamville appears to have the respect of his rap peers such as long-time hoopers Dave East and Fivio Foreign who has recognized Cole for his achievements and for chasing his hoop dreams.