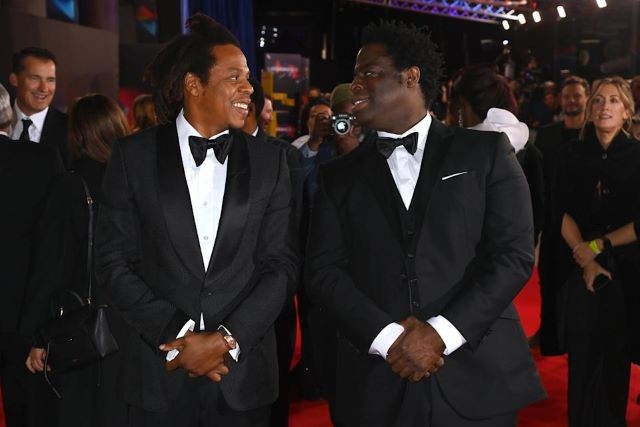 Jay-Z and Jeymes Samuel hit a homerun with 2021 Netflix Blockbuster The Harder They Fall. Word on the street, the two are pairing together again for another feature.

Reportedly Samuel and Jay-Z will be working on a comic book adaptation. Irredeemable and Incorruptible are two comics from Boom Studios selected as options for film adaptation. According to a source, Samuel is serving as a director while Jay-Z will perform as co-producer.

Irredeemable is the story of a great hero who has a transformation to become, as Boom Studio’s website refers, “world’s greatest villain.” His teammates hold the fate of the world in their hands. And Incorruptible is said to be the reverse of its predecessor Irredeemable

“Incorruptible flips the coin and follows supervillain Max Damage as he responds to the Plutonian’s evil by gradually transforming himself into a superhero.”

This is sure to be a delve into new territories for Jay-Z.

Fans will surely tune in to see if the two turn the features into a success. There is also an anticipation of another Jay-Z soundtrack. Much of this is a hope for those who love everything Hov. However, it is also a desire for hip-hop fans fed by the media. According to a source,

“Hip Hop fans could potentially be treated to a robust soundtrack for the production….”

That information is alone is enough to keep fans hype.

The Harder They Fall Soundtrack

The Harder They Fall soundtrack was like a tertiary star of the movie. Jay-Z expertly crafted a soundtrack that maintained its relevance to current times while simultaneously taking viewers deep into the wild west. And it did not hurt that some notable artists such as Ceelo, Lauryn Hill, Kid Cudi, Conway the Machine, and Jigga himself lent their talent.

The entire project rated A++.

The atmosphere around this new project is electric. So let’s hope the fans stay live as they wait.  Currently, there is no word on the release. But, as soon as word drops FM Hip Hop will deliver the goods.

Did you read what Jay-Z had to say about who was worthy to battle him in a versus? If not then check out FM Hip Hop’s retrospective article.