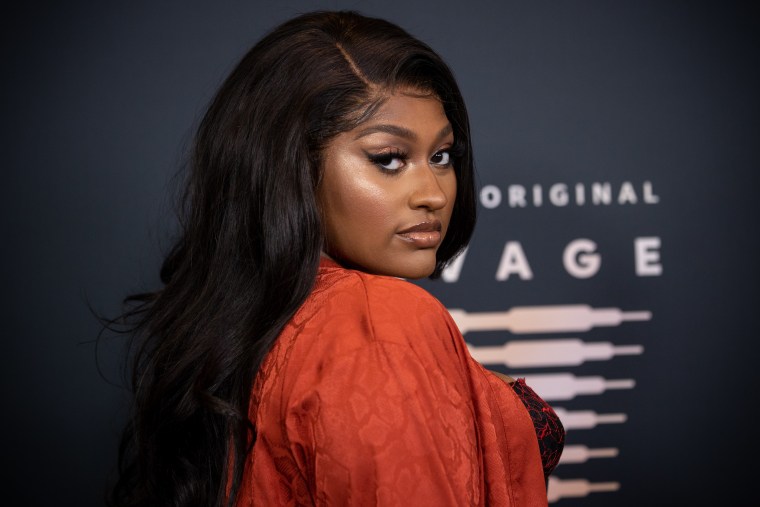 The album arrived a little over a year after the original one was released in January 2021. It has a total of ten tracks and features an interlude from HBO’s Insecure star and co-writer, Issa Rae.

Sullivan did such a stellar job with Heaux Tales, Mo Tales, that it earned her three pending Grammy nominations, including Best R&B album. The project spawned the hit fan-favorite songs “Pick Up Your Feelings” and “On It” featuring D.C. crooner Ari Lennox. It also debuted at no. 1 on the Top R&B Albums chart, and no. 4 on the Billboard 200 chart. In addition, Heaux Tales, Mo Tales won Album Of The Year at the 2021 BET Awards and the 2021 Soul Train Music Awards.

The Philly Artist Talks About The Overarching Theme Of Her Album

In an interview with Billboard last year, the Philadelphia R&B singer revealed the first song that led her to her latest album’s female empowerment theme.

“This project was different in that I was actually only writing pieces of songs at the time; I’d do maybe a verse or a hook, then I’d put it away and not think about it for a while. So I can’t really say there was one particular first song, but the first song that I loved once I completed it was ‘Lost Ones,'” she said. “My mom had encouraged me to keep writing and finish it. It’s very honest, very emotional and different in terms of my approach to writing and singing. Usually when I do a ballad, I kind of go all out with the vocal production. I was really worried because the song is bare in that aspect.”

Despite her worries, “Lost Ones” turned out to be an amazing track that garnered nearly three million views on Youtube.

Heaux Tales, Mo Tales: The Deluxe is available for streaming across all music platforms, including Apple Music and Spotify.