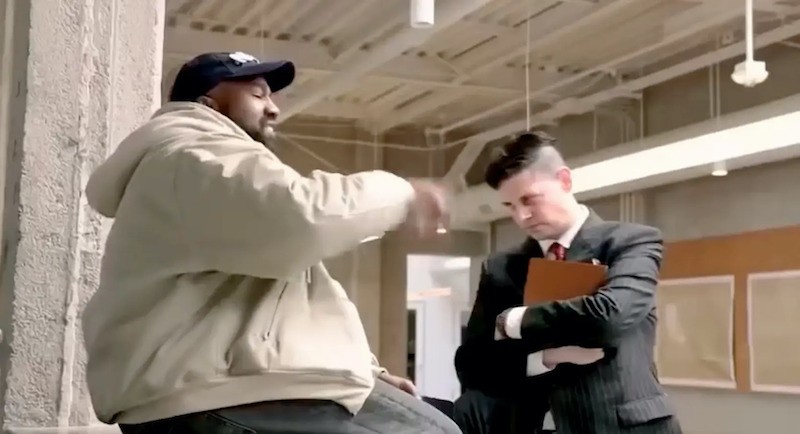 Kanye never ceases to amaze. But, by now, Ye is beyond understandable.

He is the definition of a walking conundrum. Kanye’s recent sighting with white nationalist Nick Fuentes has some scratching their heads and others rolling their eyes. But more importantly, the meeting has the public wondering what it all means.

Kanye’s recent soapbox moments have been fodder for every national publication. When it seems like there is an end in sight or a rational explanation, Ye confounds the public again. Most are aware of the incensing comments that had several of Ye’s business partners cut ties. 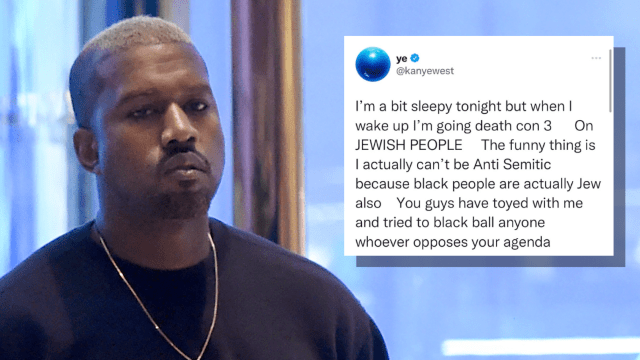 In fact, because of such statements, Ye found his net worth dropped a bit. According to the artist, he lost $2 billion in one day. However, the artist seemed to take it all in stride.

Since those events, the media has followed a string of reveals and movements that seem to lack a logical connection. One of those reveals was statements by former staff accusing Ye of subscribing to Nazi rhetoric. According to an executive that worked for Kanye,

“He would praise Hitler by saying how incredible it was that he was able to accumulate so much power. And furthermore, the artist would talk about all the great things he [Hitler] and the Nazi Party achieved for the German people.”

Whether confirmed as fact is yet to be determined.

Subsequently came the revelation of Ye’s bid for the presidency.

And then news broke that Ye was seeking Donald Trump, who also announced his candidacy, to be his running mate.

The newest headlines take the proverbial cake. According to reports, Kanye West was spotted with Nick Fuentes, a known White Nationalist. There is no denying that Fuentes has been recognized for his sentiments on race, among other things.

Christian fascist Nick Fuentes lays out his vision for America where contraception, fornication, homosexuality, and pornography are illegal and women can't go to school, or vote, and are burned at the stake for being witches: "We want to go back to the Middle Ages." pic.twitter.com/TLK71vd3iU

White nationalist Nick Fuentes admits the election proves that "we are in the minority" and "that's why we need a dictatorship": "We need to take control of the media or take control of the government and force the people to believe what we believe." https://t.co/D0xIWZZcV9 pic.twitter.com/odTVEzcrKi

So why would Kanye find himself associated with Fuentes?

It is easy to assume why Ye might have been chatting it up with Fuentes. Theories can run the gamut from a political endorsement to advisement. Fuentes has also been banned from social media due to questionable comments labeled hate speech. So the possibility is both were discussing their commonalities.

Further information indicates they two also dined and had a conversation at Mar-a-Lago. According to a source, Ye was invited to dine with Trump, but Trump was unaware that a guest would be joining. However, the former President was very fond of Fuentes. As a source notes,

Trump “seemed very taken” with Fuentes. He was also under the impression that the 24-year-old could rattle off statistics and recall speeches of his 2016 campaign.”

Given the information, it seems to tip the balance toward politicking.

The waiting public will only know that information if Ye confirms it himself. For now, it’s open to speculation. One thing is sure Ye is secure in who he is and doesn’t seem to care what image he projects. Why should he be? It appears that the public loves controversy; for him, it all boils down to publicity. And you know what they say? Any publicity is good publicity.