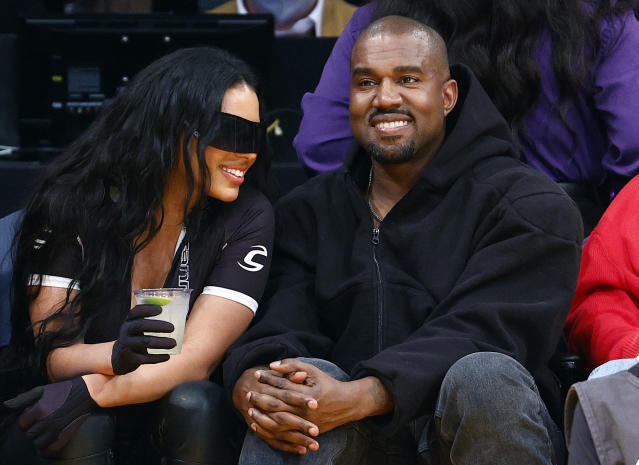 According to TMZ, Kanye West recently ended his relationship with the famous Chaney Jones. This came after Kanye West’s previous short-lived relationship with acclaimed actress and model Julia Fox. The source claims that the two made this decision sometime after a vacation together outside the country. Fans notably pointed out Chaney’s similar physical appearance to Kanye’s ex-wife Kim Kardashian on the internet. Kim herself moved on initially with comedian Pete Davidson and seems completely removed from the entire situation at this point. Interestingly, Kanye appeared to be out on a movie date with a new woman. Take a look at the photograph below:

Kanye and Kim continue to co-parent while bringing new people into their lives. Things have been quiet between the two lately. Back in March, Kanye expressed frustration with their custody arrangement and the different lifestyle each parent has. Kim eventually opened up and responded to Kanye’s social media claims saying, “Please stop with this narrative, you were just here this morning picking up the kids for school.” So much time has passed since their divorce initially started and many aren’t invested in their relationship drama anymore. Both Kanye and Kim have made it clear that they’re into new chapters of their own individual lives.

What’s Next For Ye’s Love Life?

Despite getting clowned by many for trying to win his ex-wife back, he eventually moved on and seems to be doing well. The source TMZ found could be giving a false impression of Kanye and Chaney’s relationship. However, he is clearly at the movies with another woman in the images above. How do you think Kanye has been handling this phase of his life? Read more of FM Hip Hop’s featured articles today.