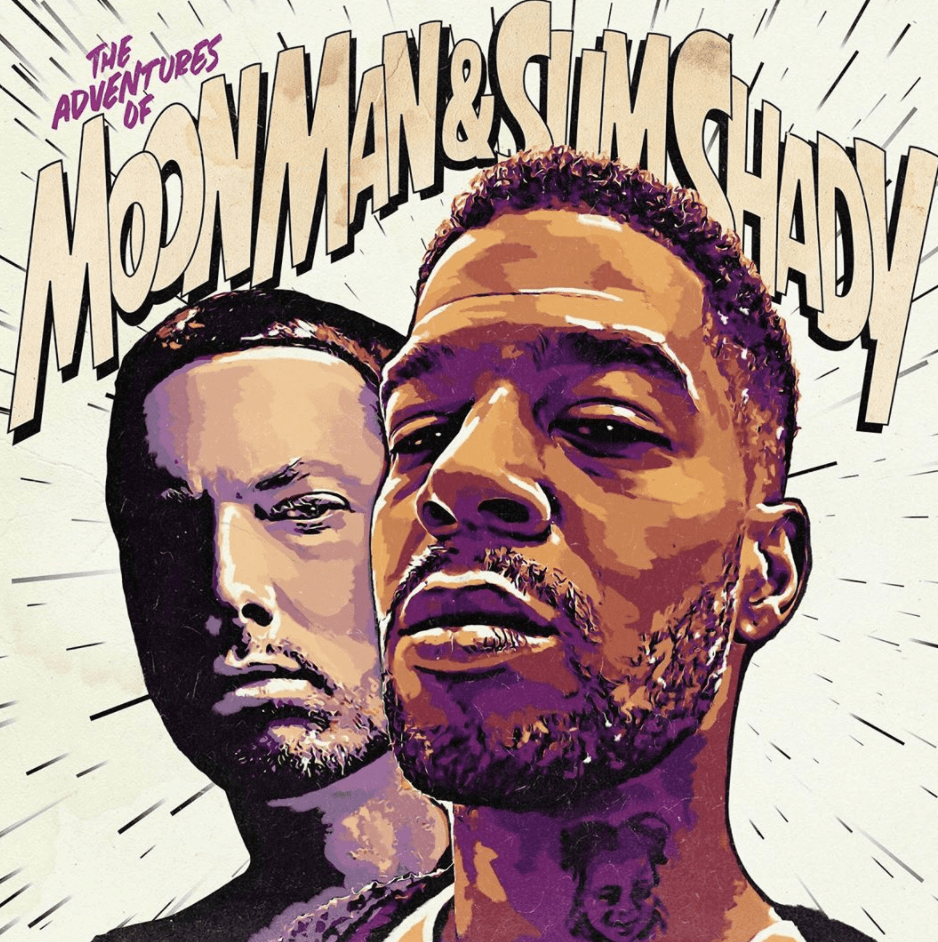 What Many Hip Hop Lovers Have Been Waiting For

That’s right! You heard it first, hip hop stars Eminem and Kid Cudi are about to make some music history! Kid Cudi & Eminem are making a collab, finally! Every fan always wants their favorite artist to collab with their other faves, and Eminem and Kid Cudi are doing that! Their song “The Adventures of Moon Man and Slim Shady” comes out TONIGHT!

What’s Up With The Song Title For The Collab?

For the new lovers of Kid Cudi or Eminem, you might be confused about the song title, but to fans who have been there from the start, the title is everything! Way back when, Kid Cudi called himself “Moon Man”, as seen within one of Cudi’s older hits. While Eminem used to call himself “Slim Shady” which fans loved! The song title really got fans in their feels, making them that much more excited for the collab single.

The Most Important Sign of Kid Cudi and Eminem’s Project

Even though there were many Eminem and Kid Cudi lovers shocked and excited about the new hit single, it wasn’t too much of a surprise for everyone! Back in May, Kid Cudi was searching for answers from fellow hip hop star Eminem. His following on Twitter really got into fans head, wondering what could happen in the near future. Fans, if you guess a collab, you were right! Funny enough, it turns out Eminem didn’t even know about the tweet. But the prayers have been answered! Two favorite hip hop artists many of us grew up with are working closely together.

Screenshot from Kid Cudi’s Twitter, the signs were there!

Many hip hop lovers are curious if Eminem and Kid Cudi are just doing “The Adventures of Moon Man and Slim Shady” as a single, or if it could turn into something more, such as an album. The listen party tonight of the new single could influence if the two may make more music together! Are you guys staying up til midnight to hear Kid Cudi & Eminem’s collab? Get excited, it’s going to be out so soon!