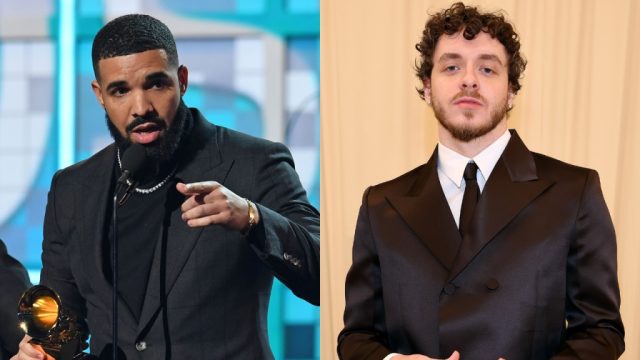 According to Lil Yachty, Drake only needed 11 minutes to write his verse for Jack Harlow‘s “Churchill Downs.” In an appearance on DJ Akademiks’ Off The Record podcast, Lil Boat said Drake wrote the verse while on vacation with Harlow.

The Come Home The Kids Miss You track garnered attention for more than Drake’s bars. PETA called out Jack Harlow for glamorizing the sport of horse racing in the song, going so far as to issue a statement. The statement even challenged Harlow to pay for the care of neglected thoroughbreds.

“Jack Harlow’s glamorized portrayal of horse racing is missing the whips, drugs and death rampant in the industry,” PETA Vice President Kathy Guillermo said in the statement. “Profiting from the abuse of others is never acceptable, and PETA is calling on Jack Harlow to pony up and pay for the care of American Thoroughbreds who would otherwise be shipped to foreign slaughterhouses.”

Yachty’s appearance on DJ Akademiks’ podcast went beyond Drake. The QC artist spoke on his the rumored split between his label mates Migos.

“I don’t know… I haven’t seen them n***as in a long time,” Boat said of the breakup. He also discussed his lack of interest in a QC based tour, citing the musical differences between him and Lil Baby.