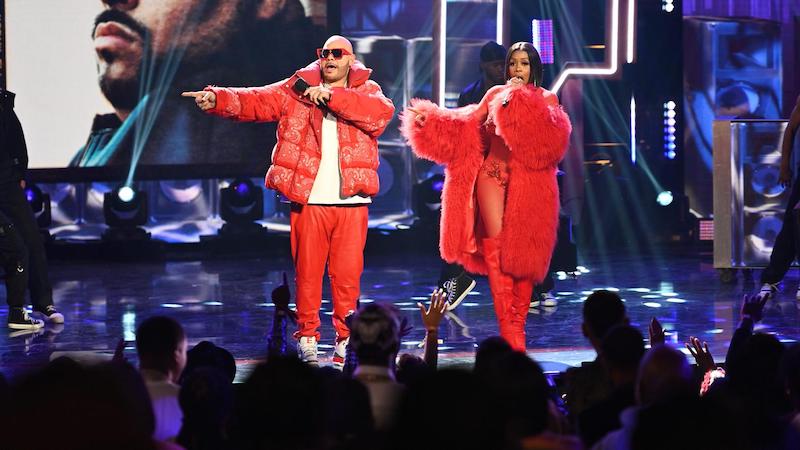 Steve Rifkind, the founder of Loud Records, spoke before the performance began. He discussed that Loud Records was a dream that came true because of his passion for music.

When Rifkind finished speaking, the audience got on their feet as Loud Records artists Dead Prez opened the tribute with their hit single, “Hip-Hop.” Stic.man and M-1 had the crowd energized.

Next came Mobb Deep as they performed “Shook Ones Pt. II” and “Quiet Storm (Remix).” Since Prodigy is no longer with us, New York rapper Joey Bada$$ stepped in his place.

Lil Kim also came on stage to perform her verse on the “Quiet Storm (Remix).” The crowd sang her infamous verse word for word.

Loud Records artists M.O.P hit the stage next to elevate the energy in the room. They performed their hit song “Ante Up,” and just like Lil Kim, Remy Ma took the stage with them to perform her famous verse. Remy stayed on stage to pay homage to Big Pun and the Terror Squad. His classic, “Still Not A Player,” was played until Fat Joe joined Remy on stage to perform “Lean Back.”

From the North to the South, David Banner and Lil Flip performed the throwback hit, “Like A Pimp.” The Project Pat and Three 6 Mafia followed as they performed “Stay Fly” and “Chickenhead.” Last but not least, to which everyone was waiting, Wu-Tang Clan closed the performance.

The iconic group is mainly responsible for Loud Records’ claim to fame. Method Man, Raekwon, RZA, and Inspectah Deck gave the crowd something to be excited about as they performed their hits, “C.R.E.A.M.,” “Wu-Tang Clan Ain’t Nuthing ta F’ Wit,” and “Method Man.”

BET Hip Hop Awards have many memorable moments, and yesterday was definitely one of them.