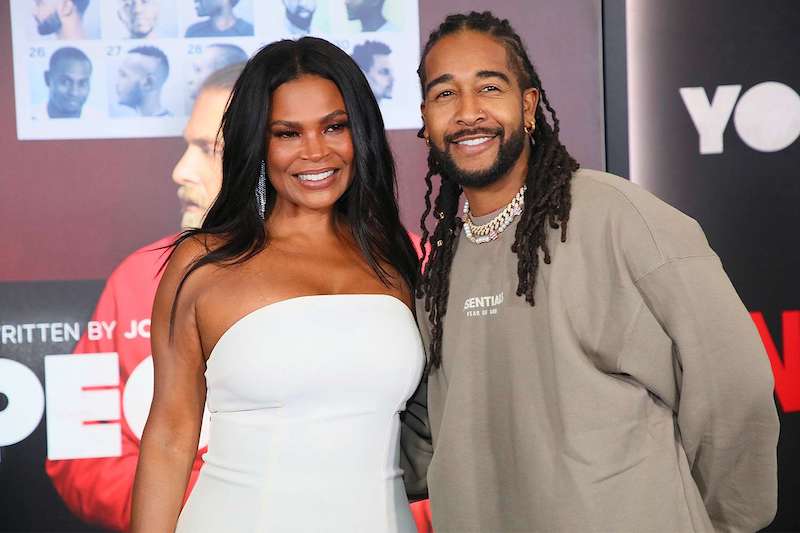 Nia Long and Omarion at the "You People" premiere. Image source: Getty Images.

No, Nia Long is not dating Omarion! Rumors have been circulating that the two have hooked up after seeing them on the red carpet at the premiere of You People.

After seeing the video of the actress and the singer holding hands, “The Best Man” actress put the rumors to bed. She commented, “I’m single AF.” under the video. On the other hand, people paid attention to Omarion’s facial expression.

He clearly looked happy when standing next to Long. Unlike Long, the former B2K member played along with the rumors by posting the video on his Twitter page with the blushing emoji. It looks like Omarion doesn’t mind being linked to Nia Long. And neither do some Tweeters. One person on Twitter wrote: “Me after wishing Nia Long and Omarion the best,” with a happy meme. We all know that they are both singles at this moment.

The 52-year-old actress ended her relationship with former Boston Celtics Head Coach Ime Udoka in December last year. Udoka had an affair with a co-worker within the Celtics organization and eventually faced a suspension from the team. Since his break up with Apryl Jones, the 38-year-old singer has kept his life private. Jones cites that the two just eventually grew apart. It’s been two years since they have been together.

Long also plays the role of Fatima in the Netflix production and stars alongside Eddie Murphy. Lauren London plays the lead along with Jonah Hill. Black-ish producer Kenya Barris will be producing this film as well.

“You People” is a romantic comedy film about a millennial couple that is soon to get married but has to deal with family, culture, and generational differences. The film features many stars like Deon Cole, Mike Epps, David Duchovny, and LaLa. It will be available on Netflix on January 27th.