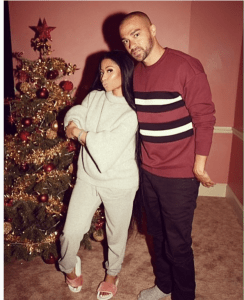 For the longest Nicki Minaj has been teasing us with mini clips of her H&M holiday campaign. We have only seen pictures and snippets of her and Jesse Williams playing husband and wife. Fans get to enter a magical fantasy land with fairies, elves, Santa Claus and his evil brother all combined in a parallel universe.  Jesse Williams tells their daughter a bedtime story about heroic young girl who embarks on a mission. A mission to track down Santa evil brother who stole Christmas gifts. 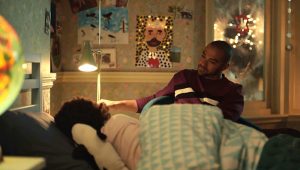 She enters this other world by creating a magic black hole in her bedroom. She seeks help from a fairy godmother called the Wisest Thingy, played by Nicki, and the Fastest Fairy in the World, played by Jesse. 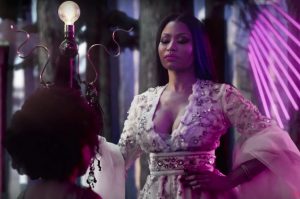 When both can’t help she “magically” finds the address of the evil gift-stealing brother of Santa (from sources on the Internet). She then confronts and scolds him, making him sware to never steal or destroy gifts ever again.

On her way back home to reality, she sends all her gifts back to the children in the magical land. Of course throughout the entire video the actors are sporting H&M clothing. Everyone is dressed in all the holiday fashions that H&M has to offer this season – sparkly dresses, fitted suits, cosy knitwear and all.

H&M is no newbie when it comes to collaborating with big-names. Some campaigns have featured Chance The Rapper , The Weeknd,and Future rocking the casual Swedish fashion looks.