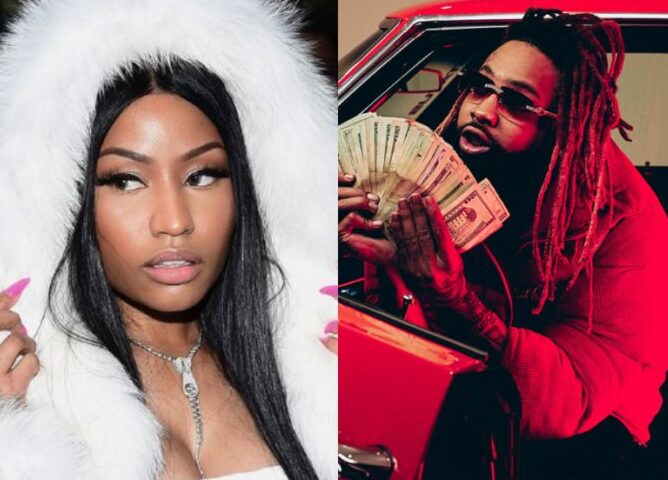 Nicki Minaj (@nickiminaj) is back with a new remix for Sada Baby‘s (@sadababy) “Whole Lotta Choppas”. The explicit original cut was released earlier this year by Sada Baby as the lead single of his upcoming album. It soon after went viral on Tik Tok and now has an accompanying dance that tons of Tik Tok users have been posting on their accounts.

Nicki announced her pregnancy in late July, via a stunning photoshoot by David LaChapelle. She had her very first child on September 30th, and wasted no time featuring in new music. Right from the beginning, she raps to listeners about being a new mom, saying, “Nine months motherf***in’ pregnant, like what.”

She announced the joint track on her Twitter today, “Whole Lotta Choppas (Remix)” will be available tonight, “Midnight #WholeLottaChoppas”. She added a photo of the cover art for the single with the post. The remix marks Nicki’s first time working with Sada Baby, and the first time since August that she has promoted new music. Last time we heard from her was when she announced the release of “Move Ya Hips” with A$AP Ferg and MadeInTYO.