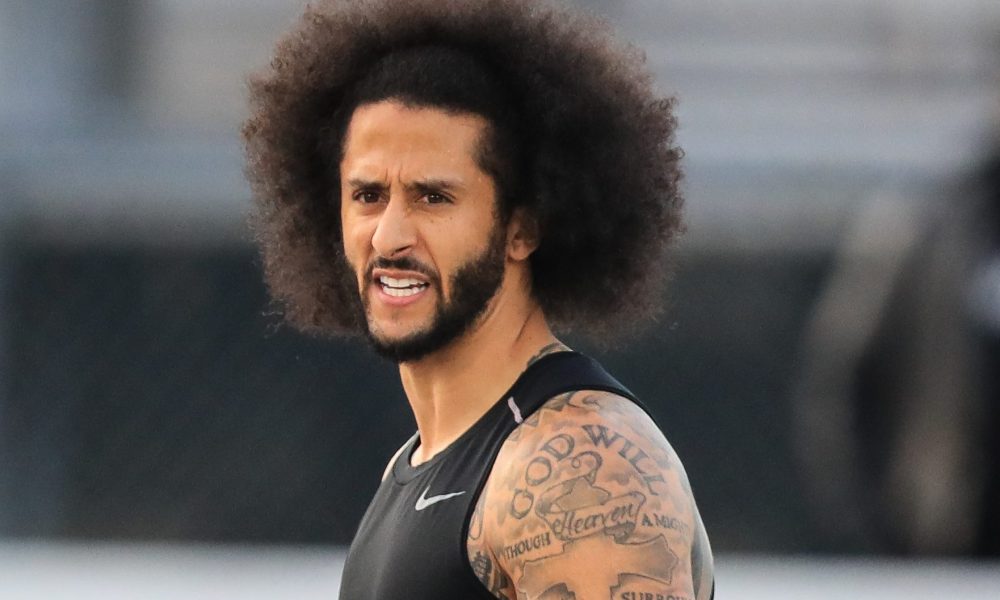 Nike is set to release a monochromatic Colin Kaepernick Jersey to commemorate the four year anniversary of his kneeling to the American National Anthem.

On Wednesday, Nike announced the release of the Colin Kaepernick  “Icon 2.0” jersey on their official website.

Four years ago, I took a knee to protest against systemic racism and social injustice. It was that day that the number on my jersey would come to represent something greater than football, something greater than me. Since then, the number 7 jersey has become a symbol for advancing the liberation and well-being of Black & Brown communities. Thank you for staying True. #TrueTo7

the statement on their official site read:“Four years ago, Colin Kaepernick first took a knee to peacefully protest against systemic racism and social injustice.In the years since, he’s used his platform as an athlete to help advance the liberation and well-being of Black & Brown communities.Through his continuous commitment, the number 7 jersey has become an iconic symbol for progress and positive change. Colin and Nike team up together once again, this time with a Triple Black jersey, paying homage to the anniversary of Kaepernick seeking what’s true.
True to each other. True to the movement. True to 7″.

This comes two days after Colin Kaepernick criticized the NFL for their sudden support of the Black Lives Matter movement during week one of the NFL season.  Colin took to twitter to share his thoughts on Sunday’s solidarity during several NFL games.

While the NFL runs propaganda about how they care about Black Life, they are still actively blackballing Eric Reid (@E_Reid35) for fighting for the Black community. Eric set 2 franchise records last year, and is one of the best defensive players in the league. https://t.co/KQXTaOCcnU

The NFL also included video footage of Kaepernick kneeling in 2016 for their video about racial Injustice. Kaepernick has been an unrestricted free agent since 2017. The NFL attempted to prove their support for Kaepernick in other ways than giving him a quarterback position. On September 8th, EA Sports announced Colin Kaepernick will be added as a player to Madden’21  after being removed in 2016. After years of being blackballed, The NFL is subliminally showing support to Kaepernick.

Our latest on the NFL this past Sunday.

Putting Eric Reid and Colin Kaepernick in their video re: racism/injustice.

And the hypocritical nature of the league’s continued blackballing of two standout players.

Nike has shown support to Kaepernick since he became a free agent. This is Nike’s second blackout jersey release in support of Kaepernick.

The Jersey will be released on September 17th.

Related Articles: The NBA Fuels Boycotts Across The Sports World In Solidarity Of The Jacob Blake Shooting