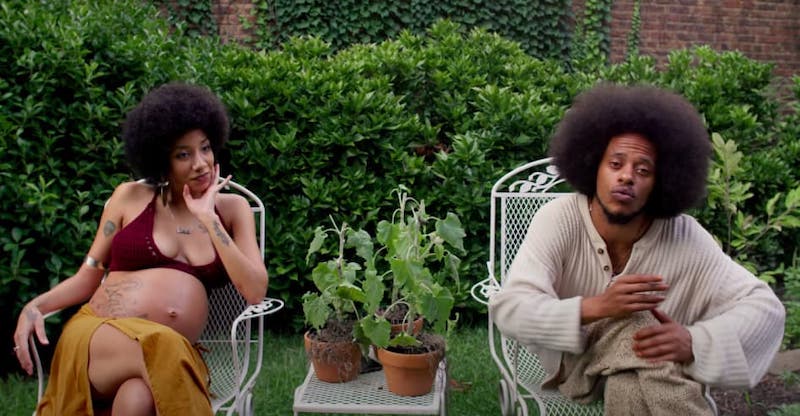 Today Pink Siifu released a new video for his single “Gumbo’! 4 Da Folks, Hold On.” The track is refreshingly different! Hiphopdx describes the video as “a relaxing visual.” And Siifu is accordingly also in a state of pure bliss throughout.

Siifu’s Gumbo is a creative visual delight underscored by an eclectic southern sound, unlike anything else currently on the market. And amazingly, this unique sound also was not by incident or accident. In his August interview, Siifu also described his creative process for the track and accompanying video. According to Hiphopdx, Siifu told the New York Times; he drew from different southern sounds to craft the record. And this creative stroke of genius was a strategic move to shape Siifu’s image and produce a uniquely satisfying experience. In the artist’s words,

“I didn’t want people to box me in. I was trying to make something that reminded me of those drives from Birmingham to Cincinnati.”

The artist’s release is like a flavorful Gumbo hearty and also soothing. The dissonant soundtrack against the relaxing atmosphere is rhythmically jarring and intriguing. And according to Siifu, it’s also meant to be that way. This is not a hype track by any means. “Gumbo’! 4 Da Folks Hold On” is a piece one must let marinate to then enjoy fully. While it may hit different at first, one doesn’t wait long before easing into the vibe. In the words of the artist,

“It’s a slow meal. You at grandma’s house, you ain’t gotta rush.”

This is How You Do It!

Siifu is showing artists how to get things done. The true winners don’t try to fit in the mold; they create their own or also break the already existent one. That mentality sums up why Siifu is amassing such a following and is in contention for HiphopDX Best Rap Album of the year.

So, if looking for something different, sit back, put on a little “Gumbo’! 4 Da Folks,” relax and enjoy.