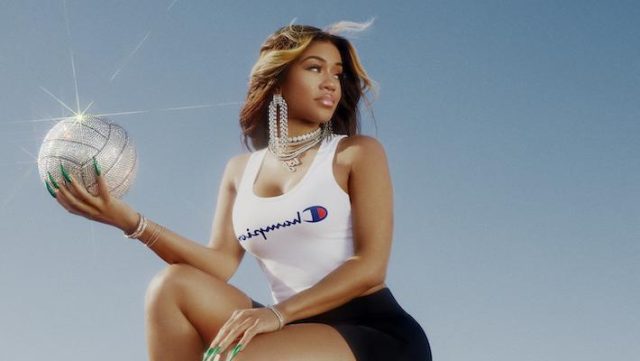 One thing Saweetie is going to do is show off! The rapper keeps her icy family up to date with new music, fashion, and the latest trends. However, the “Tap In” artist has yet to give us an entire album in quite some time. As Saweetie’s been teasing her new album, “Pretty B*tch Music,” she recently announced a delay in the project, realizing her God-given purpose.

Saweetie dropped her last album, “ICY,” in 2019 and is currently working on “Pretty B*tch Music,” which has been in the oven “baking.”

The Icy Queen recently took to Instagram to then express her decision to delay her upcoming album.

“These past couple of years have been a growing experience for me as an artist, human, but most importantly a WOMAN. I have realized my purpose with the platform God have given me which is why I have taken my time with releasing music this time around. Through hours of self-reflection, I have realized that Pretty B*TCH music is not an album- it’s a movement.” She continues to say, “It’s a culture. It’s a language. It’s a lifestyle. We not rushing art, we taking our time! This ain’t no microwave sh*t It’s baking & it will definitely be worth the taste.” 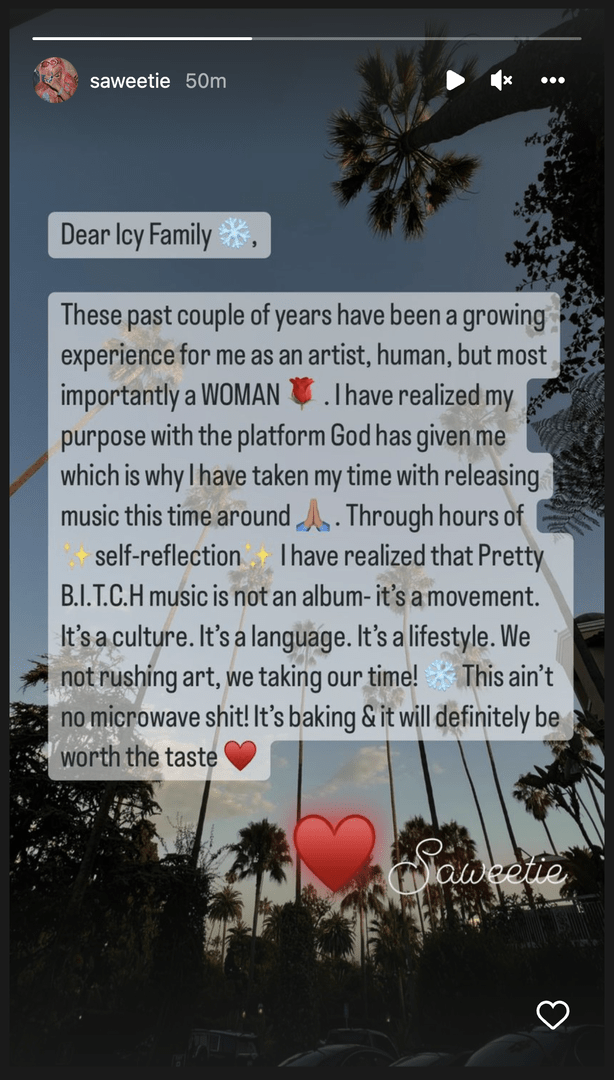 All HipHop reports back in November of 2021, the “Back To The Streets” rapper revealed she would be dropping the project soon. In February, she then stated that “Pretty B*tch Music” would be available to stream “definitely before the summer.”

Complex also previously reported that Saweetie sat down in a June 2021 interview with Big Tigger from BET. She said her goal “is for people to really feel something with every song.”

“Just Know That I’m A Perfectionist And It’s On The Way.”

In the meantime, while we wait for the album, The Icy girl was honored as the first Global Culture Consultant of Champion and made the worldwide face of the sports brand.