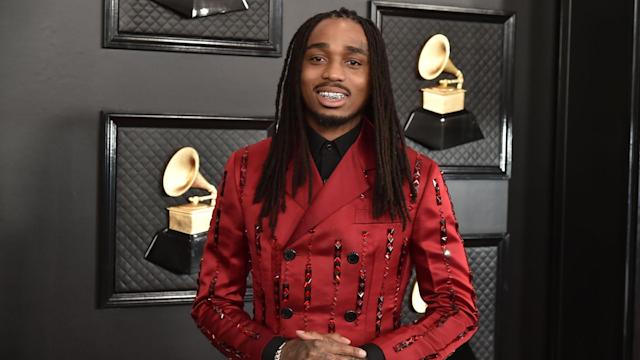 Takeover will reportedly be built within an NFT community platform titled Takeover World. Quavo fans will also get to partake in the building of the platform. Takeover World recently became Trioscope’s first-ever Web3-enabled community.

The Takeover film is a feature-length thriller which will go into production this August. The film will highlight Atlanta’s fascination with street takeover culture. Trioscope will achieve this via its patented technology that combines live-action performances with groundbreaking CGI.

“This project is the future of movie making,” Quavo said. “It gets fans involved at the onset of Takeover World, the opportunity to own a piece of a new franchise and the ability to influence and be part of how an action feature gets made.”

Co-founder and CEO of Trioscope, L.C. Crowley added that Takeover World is the company’s “initial foray into the Web3 space.”

“Takeover World is just our initial foray into the Web3 space, where entertainment intersects with crypto, and we plan to expand our capabilities exponentially,” Crowley said. “We’re encouraging fans to get in the driver seat with us from the jump to help build the world and shape the story with us.”

Trioscope And Quality Films, Among Others, Will Begin Filming Takeover In August

Trioscope will produce it in partnership with Quality Films, the film unit of Quality Control, and Georgia Production Finance. It was also written by world-renowned action screenwriter Jeb Stuart. Stuart has written popular action movies, including the blockbuster hits Die Hard (1988) and The Fugitive (1993). Stuart also wrote the 2022 Netflix series, Vikings: Valhalla.