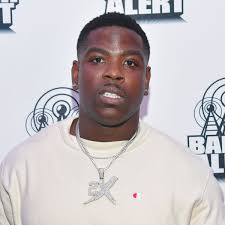 Casanova, who birth name is Caswell Senior, 34, faces racketeering conspiracy, firearm possession, and conspiracy to distribute controlled substances as part of an indictment unsealed in Manhattan federal court Tuesday. The other 17 suspects in the indictment are already in custody. The FBI New York tweeted a photo of Casanova and encouraged anyone with information on his whereabouts to contact the bureau. “We are still looking for Caswell Senior, aka Casanova, in connection with this case.”

They claim that the Untouchable Gorilla Stone Nation gang members “committed terrible acts of violence, trafficked in narcotics, and even engaged in brazen fraud by exploiting benefits programs meant to provide assistance in response to the COVID-19 pandemic.” However, new details have emerged, and since the circling photo making its rounds around the internet, according to a report from the New York Daily News on Wednesday (Dec. 2), Casanova, turned himself in last night at the Midtown South precinct in New York.

Additionally, this week, G Herbo was also charged with a crime in relation to a $1.5 million federal fraud case. He’s facing a long time in prison as well.

We will continue to keep you updated on the latest developments in these cases.