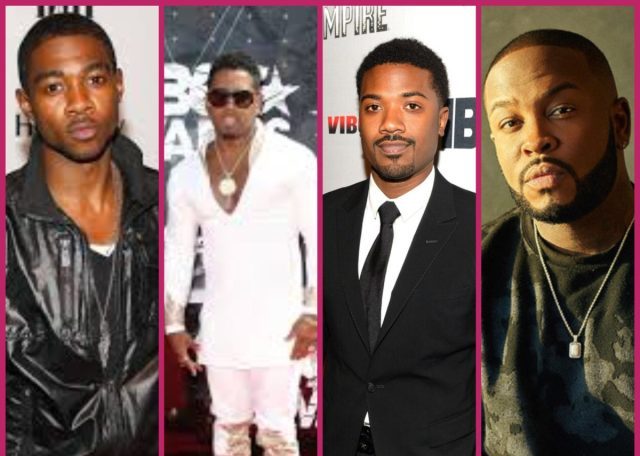 The Verzuz battle between Omarion and Mario went down last night; it is one for the books. It was also hilariously the most prolonged and unexpected addition to the show’s catalog. While the Verzuz attendants were amped up for this prolific night in R&B, they had no idea what they were in for. The night began with some highly notable R&B talents: Sammie, Pleasure P, Bobby Valentino, and Ray J.

With acclaimed comedian DeRay Davis hosting and the DJ of the night serenading the crowd with top slow jams of the 1990s and 2000s, the night was off to a nostalgic start. However, as the pre-show stars began to throw playful banter around, fans had to ask: is this the battle?

The vocals were all over the place; maybe we can blame the alcohol. One thing stands, these R&B thugs from Verzuz were once heartthrobs when they took over the charts throughout their musical careers. Stay with us as we run down some of our famous jams from the “drunk Uncles: we know and love.

Sammie opened the show with the hit “Kiss Me Through The Phone,” featuring Soulja Boy. The 2008 track was monumental in young love and technology progression. This song alone pushed the puppy lovers into a frenzy and popularized the need for a video phone.

However, Sammie was on the scene long before video phones appeared. In 1999, a pint-sized 12-year-old Sammie danced and sang his way into pre-teens. Child stars are rare, and with his pipes and smooth moves, Sammie easily is an excellent addition to R&B history.

Bobby Valentino caught R&B enthusiasts by surprise with his distinct and captivating voice. Let’s face it, he’s easy on the eyes too. His debut single, “Slow Down,” hit the spring of 2005 like golden honey and was indeed for the honeys. Valentino’s assessment of the love interest having a “butterfly tattoo” made it a trend to have that fly art.

Bobby V has many bangers under his belt, but who can deny the dynamic of the Ludacris and Valentino duo on “Pimpin All Over The World.”

Pleasure P came as 1 part of the quad group Pretty Ricky. If you wanted sexy, steamy lyrics and visuals to match, this was the group for you. Splashing on the scene with their raunchy single, “Grind On Me,” the Bluestars set summer 2005 ablaze. Pleasure P’s silky voice lathered the slow beats and surrounded the raps of his bandmates. It was evident Pleasure’s mastered vocals would then outrun the group.

Indeed it did when he released his solo debut, “Did You Wrong,” under Atlantic Records in Jul 2008. Nothing would if this song didn’t win a man his lady back.

Although often referred to as Brandy’s little brother, Ray J’s business moves and light-hearted approach to trying situations make him a self-owned person. Undoubtedly, his openness to dating and “hitting” socialite Kim Kardashian first left a stamp in the world of celebrity entertainment.

But, it was his single, “One Wish,” that would solidify his ties to music and quickly go down as one of the greatest R&B songs of all time. Adding to the odes to young lovers, “One Wish” then made you want to love someone as hard as Ray J sang the lyrics.

Still, the R&B Verzuz night was a beautiful disaster. Procedurally, the show must go on. One thing is also for sure, we can’t wait to see who is up next for a Verzuz battle.