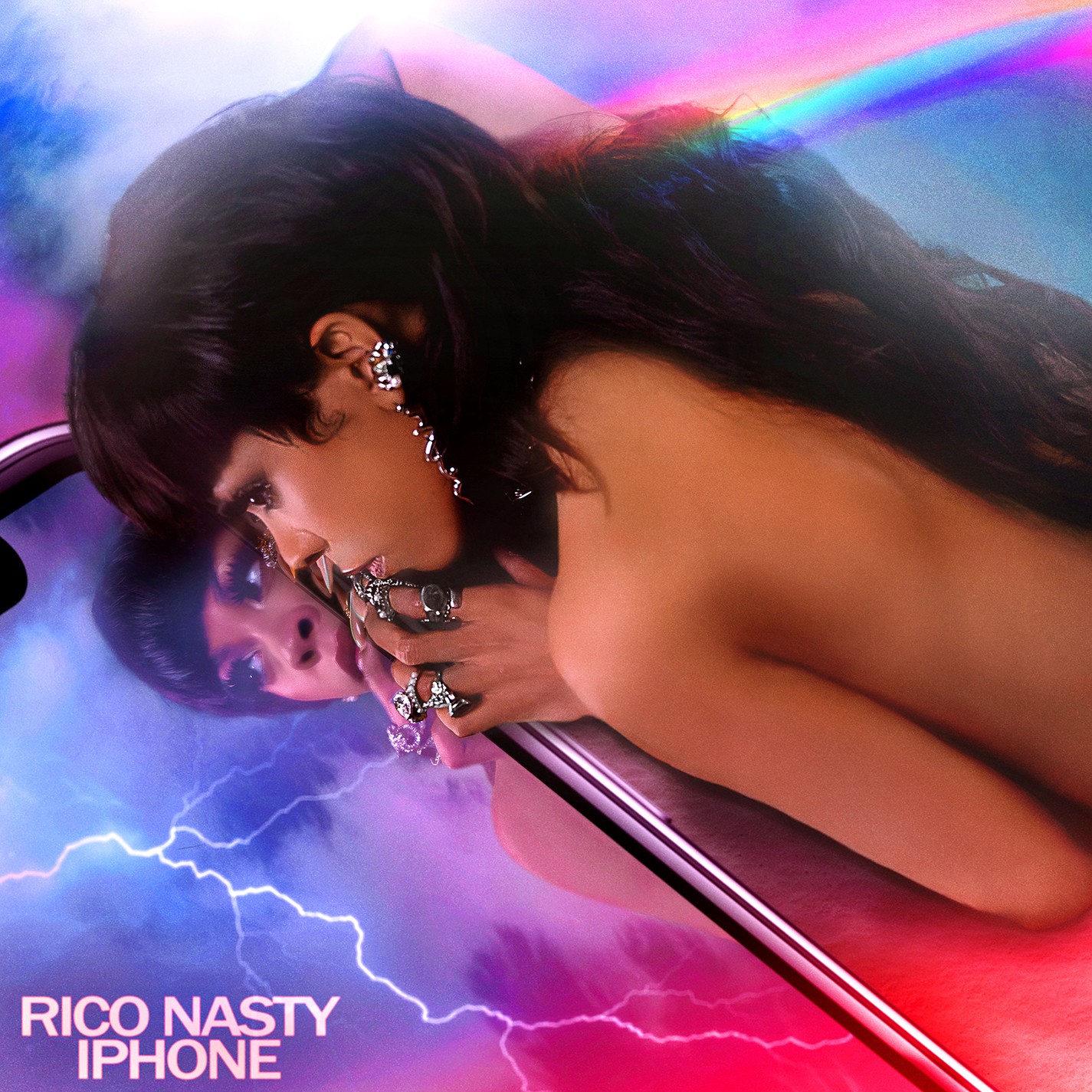 Rico Nasty, DMV-born rapper, rockstar, and punk-goth style icon continues to turn the rap world upside down as she recently dropped her new single “iPhone”with the music video produced by 100 Gecs’ artist Dylan Brady. The two have worked together in the past as Rico Nasty was featured on 100 Gecs’ electro-pop track “Ringtone” released just this year. The production and sound of these collaboration tracks are almost similar, yet unique in its own form.

Rico Nasty’s music style is interestingly enough slightly different from many other female rappers in the game today as she tends to produce music with a more cohesive sound of electric guitars, autotune, and heavy bass tied in with distinctive trap and electronic beats. Apparently, the single was set to be released this past November however, it was put on hold in an effort of Rico Nasty trying to get Lil Uzi Vert on the track. The music video overall includes her own personal 3D avatars, portrays a cyber-animated visual, and almost feels like you are on a psychedelic adventure while watching it. Check out the music video below!

Related Articles: Believe in the Future: Getting to Know the 2020 XXL Freshman Class