On Sunday, September 25, the NFL made it official that Rihanna will be headlining the upcoming Super Bowl giving the fans a lot to look forward to.

Social media went into overdrive over the newest buzz that a particular artist could make an appearance on one of the biggest stages in the world. Headlines across media platforms read Rihanna in talks for headlining the upcoming Super Bowl. Fans were glued to their devices with their fingers crossed. So, it was no small thing when the info leaked.

This was exhilarating news for multiple reasons. First, the artist has been on hiatus for a while now. It has been six years since RiRi released a signature project. After her 2016 “Anti,” she disappeared from the airwaves. But who could blame her? The “Do Your Thing Artist” had poured her complete essence into album after album with great success. In fact, according to Fortune,

“With sales of more than 250 million records worldwide, Rihanna ranks as one of the best-selling female artists ever.”

Although Rihanna was taking a hiatus from music, she was as focused as ever, directing her fierce and creative spirit elsewhere. And she once again excelled. The Barbadian queen was now the first black woman, as Vogue notes, to lead a luxury house. Rumors of Rihanna’s Come Back

In 2020, fans got hints that the artist could be coming back. In an interview with Vogue, Rihanna stated, “she was aggressively working on her next music project.” However, there was no notion of when that would be fulfilled. And it became apparent at the announcement of her pregnancy it would be a while longer. But it was all good. The radiance of motherhood looked splendid on RiRi. In May of 2022, the beaming and talented performer became a mother to a beautiful baby boy. 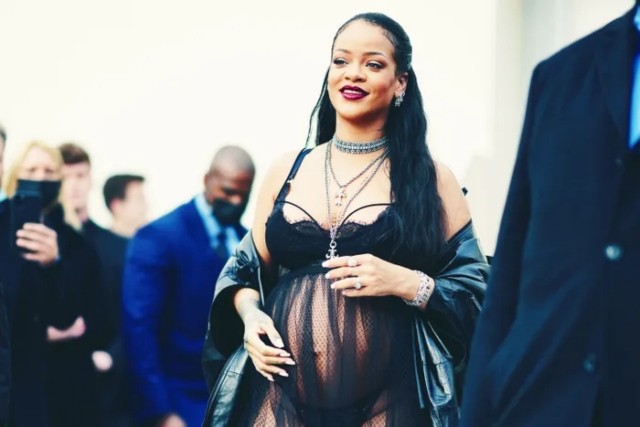 Although fans have patiently been in wait for another album, the Super Bowl announcement was most unexpected. In 2020 the “Watch n Learn,” artist turned down an invitation to perform at the Superbowl in support of Colin Kapernick. But a lot can transpire in two years. So, right before the NFL made the official announcement, the Bajan beauty took to social media with a post cluing her fans into the outcome of the talks.

Jay-Z was one of the first to congratulate RiRi, stating,

“Rihanna is a generational talent, a woman of humble beginnings who has surpassed expectations at every turn.”

And now it’s official. Rihanna will bring her magic to the Super Bowl LVII on February 12, 2023,  and we are here for it all.