Role-Playing In The Bedroom

The man at the bar is your husband, only tonight he is not.  He sits at the bar sipping his drink waiting for you to join him, not as his wife but as a stranger.  Pretending as if neither one of you knows who the other person is. You guys engage in casual conversation, flirt and end up leaving the bar together. The role-playing continues all the way into the bedroom, you are a woman looking for a casual fling and he needs someone to scratch his itch. Can the sex be better with a touch of role-play? What excitement does it bring to the relationship to not know one another? Role-playing can seem a little cheesy and some people just can’t get into it. It could be the way the role-playing is done, that it’s just turning you off. If your sex life is struggling maybe it’s time to try something new. 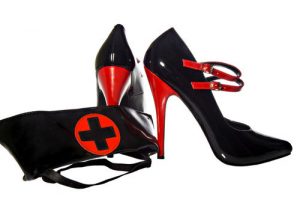 To pop your role-playing cherry it’s best to go simple. Don’t overthink the situation because that will cause you to become nervous and uninterested. As women we’re always self-conscious and all these questions pop up in our heads. Am I doing a good job? Is he enjoying role-playing? Does he find what I’m doing sexy? It’s really hard to let go of your insecurities and throw yourself into a situation like this. But relax and go along with the fantasy that is about to be played out. 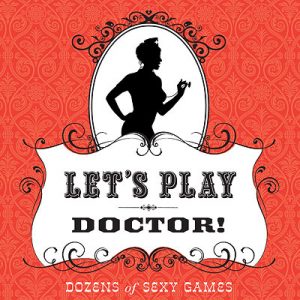 Speaking of fantasies, role-playing is usually rooted from his or yours fantasy. There is the teacher student fantasy, doctor and patient, maid and the resident, sexy librarian and so much more. If none of these fantasies tickle your fancy try digging into your childhood, did you have a crush on a tutor or thought your coach was hot? When you find a fantasy from either side, play off of that. If acting may be too much the first time, go for the role that is more submissive like the student or patient. These roles follow the directions of the more dominant role being the teacher or the doctor.

Once you find the perfect fantasy to act out, talk it over with each other. What does the other person want out of this experience? Role-playing can go anyway that you would like it to go which is the best part. Discuss whether there will be a lot of talking involved or more body language and movements. For those who are just trying role-playing less talking can take away the fear of being embarrassed or role-playing the wrong way. Also it is smart to discuss limits, limits meaning what you will and will not do. Since you guys are role-playing anything can be said or done. You are not your real self during the role-playing. If you rather stay away from rough sex or demeaning names then you should voice that before the night of the role-play.

It’s finally the night or day, whatever you’re into. The “teacher” has given you an assignment and you as the “student” need help with it. You need to see him during his office hours. Wear your shortest skirt, leave your blouse undone, lean close to him as he looks over your work. The excitement in role-playing is that you’re pretending to be someone else, be extra, talk to him with your lips so close to his he can feel your breath. Wear your heels to bed, or ride him like a cowgirl! After your role-playing session is over, ask questions about how it went. Get inside his head and express how you feel about it as well. Role-playing might end up being a new thing to do.