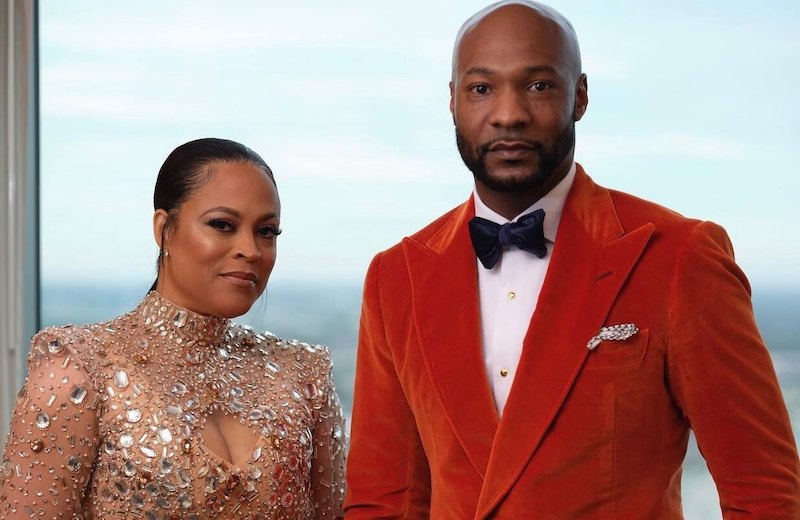 Shaunie Henderson of “Basketball Wives” fame has a new husband by her side and a new church family.

VH1 star Shaunie Henderson has gone through some significant changes recently. The 47-year-old tied the knot with the pastor, singer, and CEO Keion Henderson on Saturday, June 4. The gorgeous ceremony occurred at the Aurora Anguilla Resort and Golf Club and featured Shaunie’s three sons, Shareef, Myles, and Shaqir. In addition, several “Basketball Wives” cast members were also in attendance. Namely, Evelyn Lozada and Jackie Christie made an appearance.

“We just like to have fun and love on each other, and we wanted to do that with our friends and family,” Shaunie told People back in May.

The wedding was certainly full of love, with Yolanda Adams and Ronald Isley serenading the guests. The good news comes at a vital time for Shaunie, who tragically lost her father earlier this year.

A Second Chance At Love

Shaunie and Keion made things even more official that Sunday (Jun 5) by attending its first church service as husband and wife. “One Sunday down, Forever to Go” the caption read.

Keion Henderson is the founder and pastor of the Lighthouse Church and Ministries. Aside from his accomplishments as a man of God, Henderson is a respected gospel artist. His 2019 debut album “The River” was nominated for a Stellar Award and peaked at No.5 on the Billboard Top Gospel Albums chart.

He’s also written a book called “The Shift: Courageously Moving From Season to Season” and has been nominated for a CNN Heroes Award. It’s quite a big switch from NBA star Shaquille O Neal, but obviously a good catch nonetheless.

So what’s next for the Hendersons? Of course, the answer is reality television. Shaunie has already nabbed a VH1 program titled “Shaunie & Keion’s Wedding Special.” The special will document the duo’s relationship and preparation for the wedding ceremony. While the premiere date still hasn’t been revealed, VH1 has posted an official description. Take a look below:

“This special series will follow the happy couple — along with their closest friends and family members…Along the way, they will juggle business demands, stewardship of a 15,000-member congregation, and, before God, arrive at the most special moment in a couple’s life: saying I do.”

So keep a close eye out for this upcoming episode, and send the couple some happy wishes.