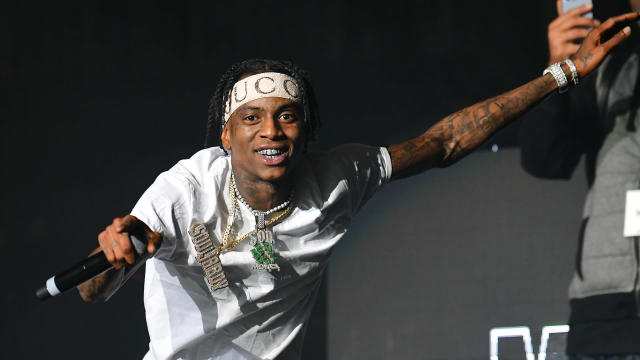 Limewire is known as a lost piece of the mid-2000s pop culture. But all that may change soon with the help of Soulja Boy

Soulja Boy is patterning with Limewire 12 years after its forced shutdown. Following a lengthy legal battle with the RIAA (Recording Industry Association of America) and several music labels, Limewire is making its comeback.

Back in March,Limewire first announced their plans of a relaunch. The shift to a music-based NFT (non-fungible tokens) shop is a controversial and surprising choice. Even more surprising than that, is the choice of partnership. Rapper turned businessman Soulja Boy has stepped up as the face of Limewire rebrand. The ‘Kiss me Thru the Phone’ artist is meant to help develop a center to “explore, collect and trade” NFTs. A commercial was released last week featuring Soulja Boy promoting the revamped platform.

With his iconic 2007 song ‘Crank Dat (Soulja Boy’) as the soundtrack, the ad starts with two young students leaving school to come home and download music. Certainly a familiar scene for many. The commercial subsequently flashes forward to the present year 2022 with the two same middle schoolers all grown up. The duo relives their childhood memories by logging into Limewires NFT center.

When looking closely at early internet culture, Soulja Boy is actually a great fit for Limewire. His early hits like ‘Crank Dat’ and Pretty Boy Swag’ saw huge amounts of downloads on the site during its original run. Along with Soulja’s recent pivot to business ventures like gaming hardware and tech, he may be just the right fit for Limewire after all.

Limewire in its heyday was the main contender against big record companies seeking profit from their music. With people across the globe downloading songs for free, the site quickly got into hot water with several labels specifically Artista Records. Although Creator of Limewire Mark Gorton lost his 2006 lawsuit, that didn’t stop Austrian businessmen Julian and Paul Zehetmayr from obtaining the naming rights and continuing Limewires infamous legacy.

In the modern version of Limewire, the focus will be on purchasing music and owning original content. This content includes album covers, music videos, and the tracks. Truly a big change from Limewires original business model. This is likely due to the completely different state of the modern music industry. It’s no longer a process or a hassle to have access to free music. Back in 2008 you needed Limewire to make your own free playlist. In the year 2022, there are countless apps with the same function without all the bugs and viruses. Aside from Soulja Boy, celebs like Brandy And Travis Barker are putting their support behind the project.