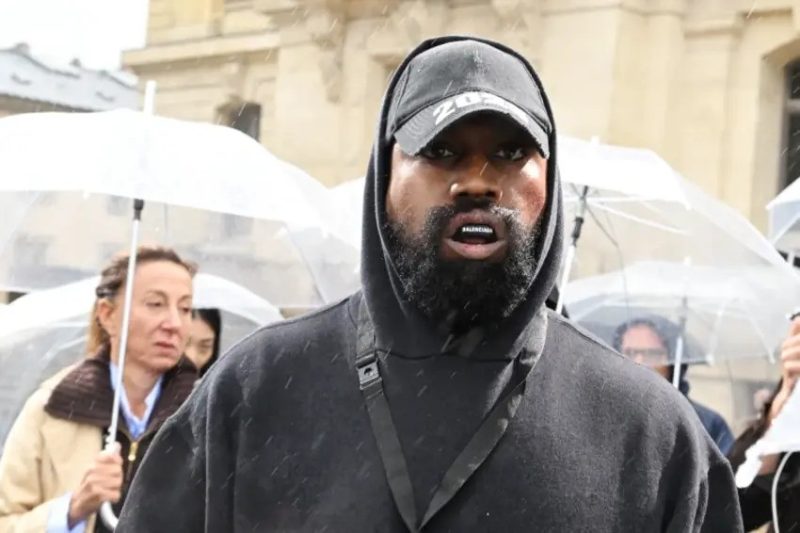 Ye’s downfall has been very public. And it’s only getting worse. In addition to big-name companies cutting ties with the Chicago rapper, several people once close to Ye told CNN West admired the notorious German dictator, Adolf Hitler. Not only that, but allegedly, the rapper wanted to name an album after him. One executive, who has resigned and asked to remain anonymous, talked about his toxic work environment.

Ye would praise Hitler by saying how incredible it was that he was able to accumulate so much power and would talk about all the great things he and the Nazi Party achieved for the German people.

According to podcaster Van Lathan, Kanye West expressed similar views behind the scenes at TMZ. Ye apparently showed his admiration for the Third Reich during an interview, but it was cut out. “He said something like, ‘I love Hitler; I love Nazis.’ Something to that effect when he was there. And they took it out of the interview for whatever reason. It wasn’t my decision.”

Ye’s Antics Cause More Discourse In The Black Community

Many perspectives come from within the community. The overwhelming majority appear to condemn Ye, but a more nuanced conversation is being had.

Moreover, people question why these corporations didn’t cut ties with Ye sooner. Unfortunately, there is no clear answer to this.

Some people also defend the rapper, saying his anti-Semitism is an elaborate scheme to get out of business contracts. Others consider West’s mental illness as if it’s the reason for the artist to support Nazi Germany.

Their message: rappers can talk about murder, drugs, sex, speak disparagingly about Black people, and disrespect women, but if they say anything that is offensive to Jews, they’ve crossed the line.

the world is antiblack y’all kanye was never going to face the backlash he should’ve when he made those statements, can y’all please stop making this a “antiblackness vs antisemitism” debate bc it’s really not about that

Regardless of what the actual straw that broke the camel’s back was, Ye was burning bridges for a while. For years, prominent people in the Black community have been calling this man out for his misogyny, abuse, labor issues, and racism. Jewish leaders also speak up about West’s behavior and explain why his rhetoric harms the community.

Nick Cannon and Jay-Z came under fire recently for expressing or cosigning the idea that Jewish people “own the media” and faced criticism.

However, they didn’t express admiration for Hitler. Jay-Z explained his use of the trope was an intentional exaggeration taken out of context. Cannon met with Jewish leaders and apologized. West’s case is different, and it’s seemingly too late for him to mend the error of his ways.