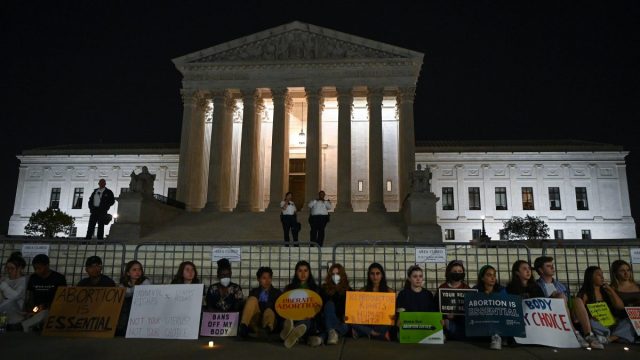 In a landmark decision, the Supreme Court voted 5-4 on Friday to overturn Roe v. Wade. The controversial ruling effectively ends 50 years of constitutionally protected abortion in the United States. In addition, the decision gives individual states the power to set their own abortion laws.

Almost half of the states are expected to trigger laws either outright banning abortions or severely limiting them. These laws will affect millions of women who may have to cross state lines to get reproductive healthcare.

“It is time to heed the Constitution and return the issue of abortion to the people’s elected representatives,” Alito wrote in his opinion.

The Supreme Court’s decision was not entirely unexpected, however. A draft opinion was leaked anonymously in late May, sending shockwaves across the nation. Activists on both sides of the abortion issue converged on the courthouse to make their voices heard.

The decision came a day after the Court issued another controversial ruling which struck down concealed carry laws in New York. However, the case which led to Roe’s demise was the most significant one of the Court’s term.

Reactions to the Supreme Court ruling

Though the decision to overturn Roe will mean that large sections of the country will ban abortions, some states still plan to keep abortion legal. North Carolina Governor issued a statement shortly after the announcement.

Speaker of the House Nancy Pelosi also urged Americans to stand up for their reproductive rights in the upcoming midterms.

This cruel ruling is outrageous and heart-wrenching. But make no mistake: the rights of women and all Americans are on the ballot this November. Read my full statement on the Supreme Court Overturning Roe v. Wade here: https://t.co/byZ9D75SVG

And former President Barack Obama shared his own thoughts on the ruling on Twitter.

Today, the Supreme Court not only reversed nearly 50 years of precedent, it relegated the most intensely personal decision someone can make to the whims of politicians and ideologues—attacking the essential freedoms of millions of Americans.