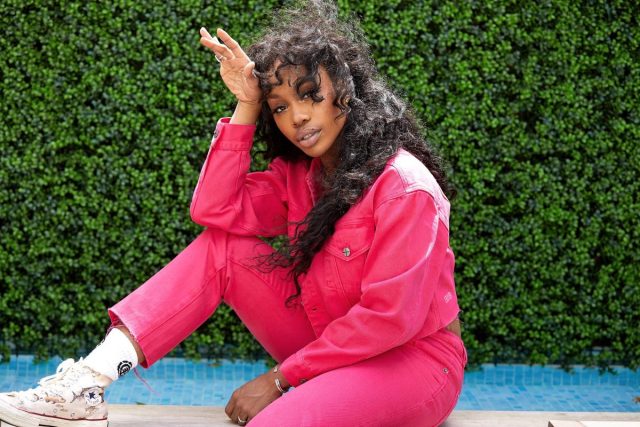 Since the arrival of “Shirt,” SZA is not holding back when it comes to releasing new music. Recently the artist celebrated her 33rd birthday, previewing her new song, “PSA.”

Yesterday, November 8th was SZA’s 33rd birthday. The star used her special day to gift fans some new music. SZA took to social media to tease her new song “PSA” along with the caption “happy birthday to me. Clock starts now.” According to The Fadar, many fans believe the “clock starts now” is in reference to a countdown for the full track release. However, many also believe there might be more than just a song, maybe an album headed our way.

The short “PSA” clip shows SZA squatting in a ring of green fire which quickly skips to her in a shadowed blue glow while she harmonizes “you should go cry about it.” In the video, SZA codes “SOS,” in morse which the same message was featured in the music video for her recent single “Shirt.” The code also appears in her Instagram bio, as well. People are also speculating that “SOS’ may possibly be the title of her next album.

Fans on Twitter are not only excited for the upcoming release of “PSA,” but are curious as to whether there will definitely be a new album and what the “SOS” code stands for. One user @hennyondatweet tweeted, “I think SZA’s album title gotta be confirmed SOS at this point. It was in stamps on her arm in Shirt and in Morse Code at the end of this PSA teaser.” Some fans like @N3PTUNEMUSIC even did their research adding screenshots of the morse code alphabet saying, “It says SOS at the end of the PSA teaser!!” Another user @datmudasucka couldn’t contain her excitement and said, “WE MADE IT!! THE SZA DROUGHT IS OVER”

I think SZA's album title gotta be confirmed SOS at this point. It was in stamps on her arm in Shirt and in Morse Code at the end of this PSA teaser. pic.twitter.com/BogAPfHULT

It says SOS at the end of the PSA teaser!! pic.twitter.com/lbFH8FOJcb