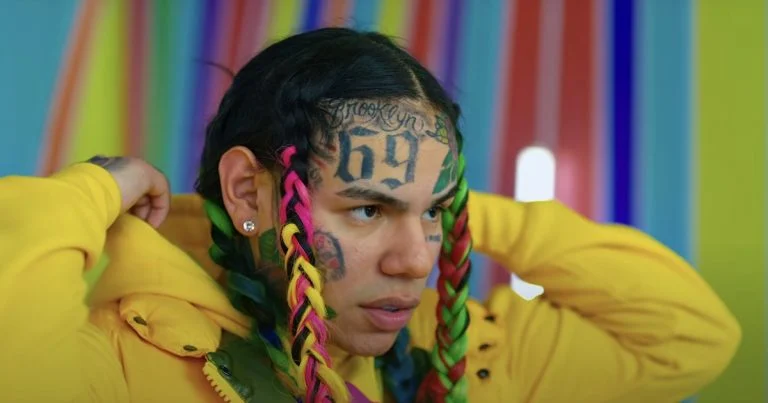 According to a viral video, a club attendee punched 6ix9ine, whose real name is Daniel Hernandez, in the back of his head as he walked by. The unidentified person then ran off into the distance.

6ix9ine Gives Recollection Of The Incident

“He scuffed my shoulder by my neck,” Hernandez reportedly told TMZ. The NY artist added that there wasn’t a prior dispute leading up to the incident.

“He also connected with the shoulder of my security guard. I didn’t know this guy. There was no prior dispute,” he said.

The 25-year-old musician performed one song during his appearance as he was reportedly trying to see how the crowd would react.

“I’m 6ix9ine’s official DJ…y’all make some noise for my brother 6ix9ine one time,” he alleged DJ said at the event.

“Yo listen, I wanna shoutout to Pilos, I wanna apologize for the last time [because] I didn’t make it. This is my makeup show. I’m not gonna waste y’all time,” Hernandez said before performing his latest single, “GINE.”

The song and its accompanying video officially dropped on Apr. 15. So far, it has garnered over 17 million views on YouTube.

Following the attack, the Brooklyn native allegedly signed autographs outside the club afterward.

He was reportedly released from home confinement last year on Aug. 1, in connection to the famous Nine Trey Gangsters trial. Hernandez worked with authorities to reveal information about the gang.

His lawyer, defense attorney Lance Lazzaro, said the rapper’s federal probation officer removed his ankle monitor that day. The officer also give him a schedule to check in with his probation officer during his five-year supervised release.

Hernandez was also set to perform 300 hours of community service.

Since then, he has been caught up in more drama as he was recently accused of “ambushing” Lil Durk’s Haitian doppelganger “Fake Lil Durk.”

Fake Durk says he got setup to do a collab… and 6ix9ine needs to holla at Durk bout w/e issue they got pic.twitter.com/4mtt3tKthW