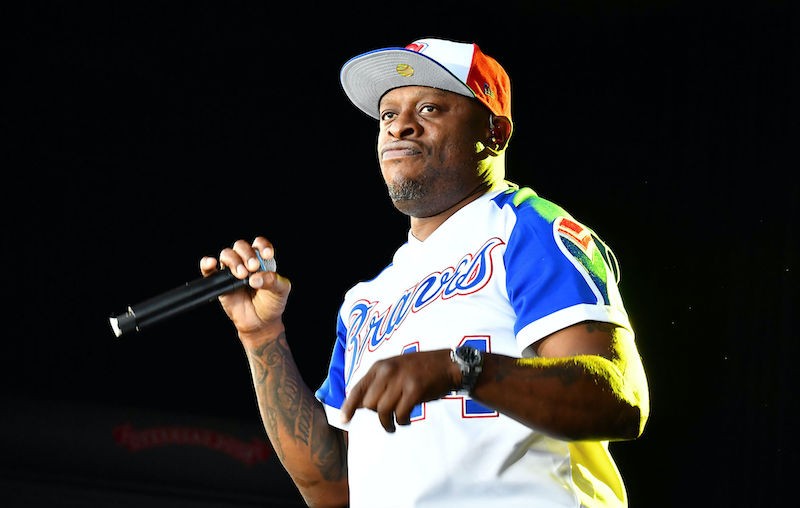 Scarface is finally ready to give up the rap game. The hip-hop legend is set to go on his final tour, and his goal is to reach 32 cities I’m two months. The Scarface Farewell Tour will kick off on July 8th and last until August 27th. 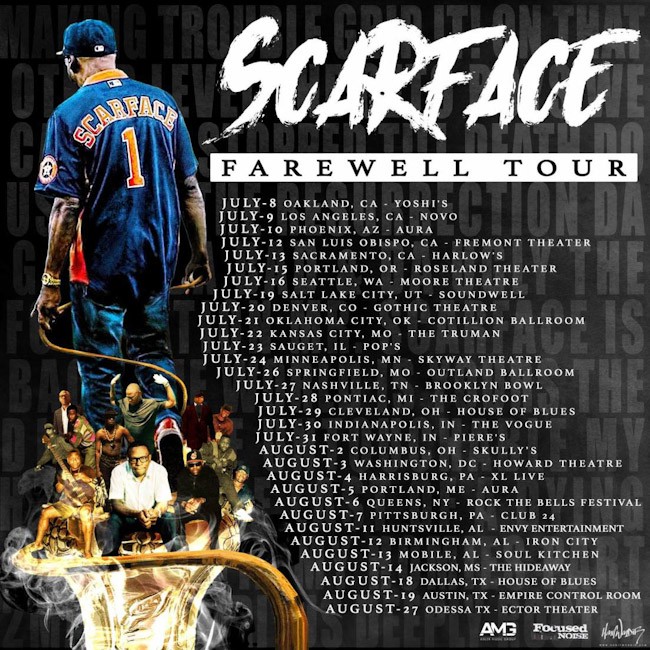 VIBE announced early Tuesday (May 17th) that he would be going on his last rap tour. The Farewell Tour kicks off in Oakland, CA, on July 8th. The concert tour will then head across the country and end in the state of Texas. The Formaldehyde Funkman band will accommodate Scarface on tour.

Fans will get a chance to meet and greet Scarface by purchasing a VIP ticket. VIPs will also get a Scarface’ Face Mob’ baseball jersey that the icon will personally sign. Be ready to pay for the experience as the price tag attached to the VIP tickets will not be small. All tickers go on sale on May 18th, but if you’re lucky, you might catch a pre-sale for the Farewell Tour between now and then.

Why Have A Farewell Tour Now?

Scarface has had a couple of health scares over the last few years, especially after testing positive for covid-19 in 2020. The Houston native revealed the positive test during a live stream with another Geto Boy, Willie D.

“It started off with pneumonia in both of my lungs, and three or four days later, my kidneys failed,” Scarface shared. “I’ve been to the point where I felt I was gonna die.”

Eventually, Face was covid-19 free, but the effects of the virus left a lasting impact. The rapper was put on dialysis due to his kidney failure. The problem got so bad that Scarface needed a kidney transplant, and the kidney came from his son. The transplant has given Scarface enough energy to create a Farewell Tour.

Scarface could be slowing down because of these health scares. The Farewell Tour will be the last time rap fans will get to see Scarface perform his solo hits.

A Glimpse At Scarface’s Rap History

Scarface started as a solo artist in the rap game, but he gave that up to join the Geto Boys. The rap group formed with Bushwick Bill, Willie D, and Scarface at the end of the ’80s. The Geto Boys dropped hits like “Mind Playing Tricks On Me,” “Damn It Feels Good to Be a Gangsta,” “Yes Yes Y’all,” and “City Under Siege.” The Geto Boys had controversial lyrics that they never altered even after facing pushback. Now, the Geto Boys have a significant influence over gangster rap.

Don’t forget to buy your Farewell Tour tickets as soon as they’re out. Catch Scarface on stage with your own eyes.