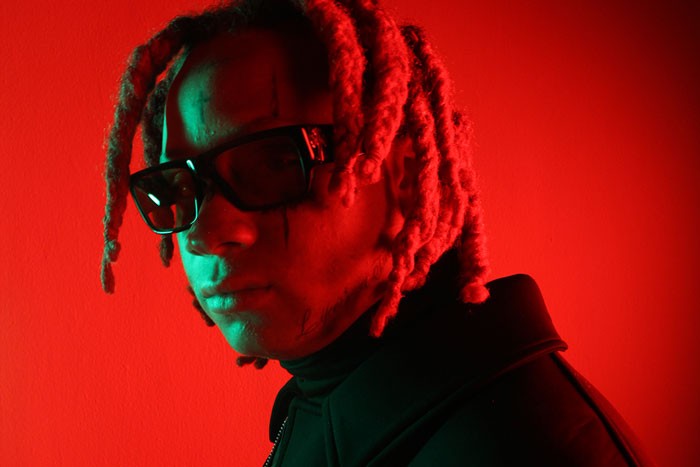 Trippie Redd has unveiled the tracklist for his upcoming Trip at Knight album, as well as the artwork for the cover. The new album boasts features Drake, Juice WRLD, XXXTentacion, Lil Durk, Polo G, and Ski Mask the Slump God, among others. The previously released singles “Holy Smokes” feat. Lil Uzi Vert and “Miss the Rage” feat. Playboi Carti are also included on Trip At Knight.

The complete track listing for the album’s 18 songs can be found here:

After missing out on making an appearance on “God’s Plan,” which topped the Billboard Hot 100 and is now diamond-certified by the RIAA, Trippie Redd finally links up with Drake for “Betrayal”. “It’s no excuse, I could have did the song whenever I pleased to do it,” he said of the missed opportunity in an interview with HipHopDx. “I had the song for two months, I could have did that shit. I was sitting back taking my time on it because it was like, if I get on this shit I really gotta snap. So I sat on the song for a little bit.”.

Trippie Redd unveiled his Tripp At Knight Tour earlier this year. On August 25, the North American leg of the tour will begin in Minneapolis, Minnesota. Opening performers Iann Dior and SoFaygo are set to perform. While Trippie hasn’t specified a release date for the album, it’s expected to arrive before he embarks on his tour.