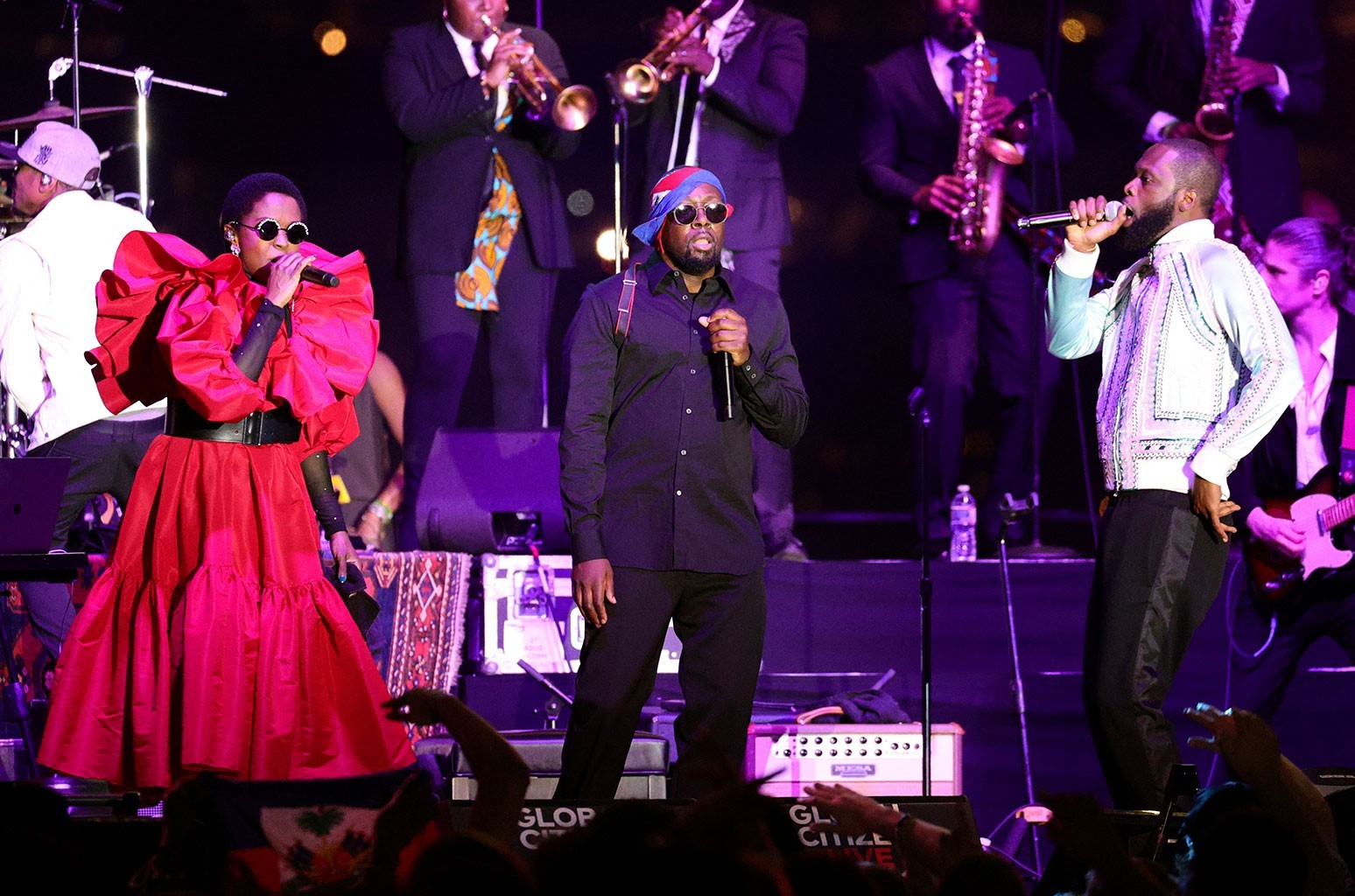 After announcing their reunion just a few days ago, Fugees presented their first show in the past 15 years. Fugees performed at Global Citizen. The 24-hour event was broadcasted online, and you can watch the band’s performance of ‘Ready or Not.  Ready or Not is also a track on the famous 1996 album The Score, which celebrates 25 years in 2021. The album’s jubilee was yet another reason for the band to reunite.

The reunion concert was promoted as an “intimate pop-up show.” Fugees didn’t open much on the reunion’s reasons; Lauren Hill said the band has “a complicated but beautiful history.” She, however, added that Fugees “helped move hip-hop all around the globe.”

Wyclef Jean spoke during the performance. While waving a Haitian flag, Wyclef addressed President Biden. He asked the president to “reverse the policy and write a new executive order giving the Haitians a pass like you did the Afghans.”

He also wished death upon the mounted border patrol agents who were photographed whipping migrants.

Other performers of Global Citizen included Busta Rhymes, Miguel, Doja Cat, and more. Global Citizen is an organization that takes action to defeat poverty, demand equity and defend the planet. The festival started in 2012 and uses its platform to spread the organization’s message.

Earlier this week, Lauren Hill gave a statement saying: “The Fugees have a complex but impactful history. I decided to honor this significant project by creating a peaceful platform where we could unite, perform the music we loved, and set an example of reconciliation for the world.”

“As I celebrate twenty-five years with the Fugees, my first memory was that we vowed, from the gate, we would not just do music we would be a movement. In these challenging times, I am grateful once again, that God has brought us together,” Wyclef added.