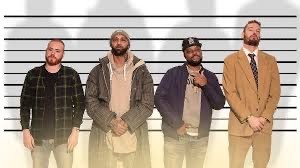 In Hip Hop culture the OGs in the game are who the next generation coming up needs to survive. The JBP (Joe Budden Podcast) gives listeners, people in the media, and artists a pure and unfiltered voice. An opinion that most need to hear but don’t want to.

Budden has never been a media darling and has fought for the rights of artists his entire career. Having corny moments online and especially getting into fisticuffs on Love & Hip Hop, people don’t give Joe credit. While not being the rapper with the most sales, it’s easy to forget how nice he was as a solo artist and in supergroup Slaughterhouse.

The Beginning Of Podding

In 2015 he made a shift in his career and started releasing a weekly podcast, I’ll Name This Podcast Later. He started it with friends Rory Farrell and Marisa Mendez. This form of therapy and being a critic of culture eventually became his passion and main focus. Joe along with Rory added Mal and Parks to the team which later became known as The Joe Budden Podcast.

The group collectively give different opinions and views on various topics in pop culture. Their main focus being Hip Hop and the industry surrounding it. Every episode is an endless supply of laughter, hot-takes, and unadulterated truth. 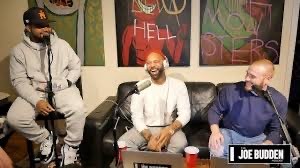 The team has seen every side of the rap industry and have been jaded by it. The jadedness mixed with being comfortable with your friends makes for prime time entertainment. The JBP never hold their tongues when it comes to issues, rumors, and trending topics. At least once a week they find themselves in hot water for going against the sheep of the world. They never waver, they always stand firm on their opinions.

Each member of the group has ties to either rappers, producers, or managers and know when something isn’t right in the water. They break down business deals in layman’s terms and give advice to artists that put the artists’ needs and well-being first.

Some are thrown off by the raw way they talk because they don’t sugar coat facts. If you’re an artist or a “creative,” in a bad deal and it’s public info,  they’re gonna let you know how dumb you are for signing your life away. But they will tell you how to go about it the correct way when it’s time to renegotiate and how to survive in the cut-throat industry of music without compromising your morals.

Hip Hop needs the JBP, we need voices who aren’t afraid to get “dragged” on Twitter.  We need voices that don’t support groupthink. Up and coming artists need the JBP because they always have their hand on the pulse of the culture, and the knowledge that they give is nothing less than a free $1500 ticket to a music seminar. Social media might paint the Podcast members in a shady light at times, but that’s what happens when you’ve changed the whole trajectory of how powerful podcasts can be.