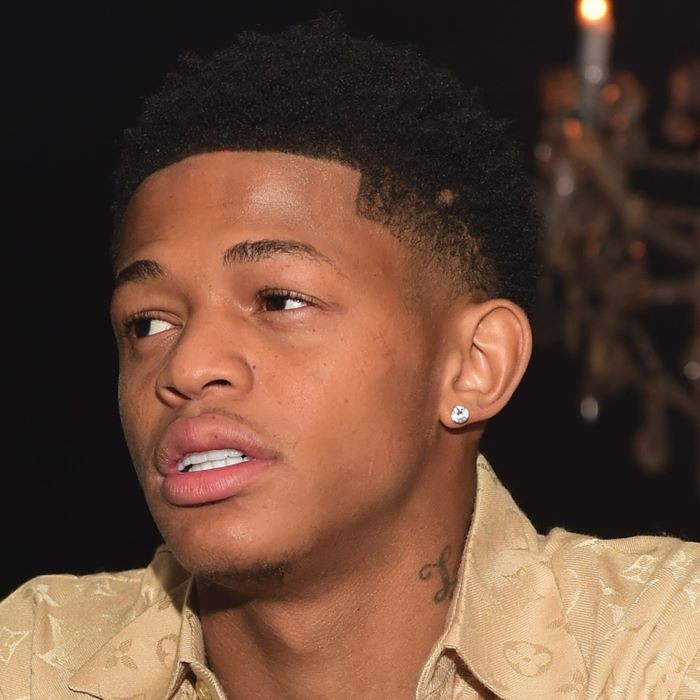 Jacksoville rapper YK Osiris said he would help out the family of Tyre Sampson. Last week, Tyre Sampson, who was only 14 years old, fell from a ride at ICON amusement park in Orlando, Florida. He was pronounced dead, in to which Osiris wanted to take care of the funeral expenses.  Tyre Sampson’s mother and brother claims the rapper hasn’t lived up to his word.  Tyre’s brother posted on social media stating that he is cancelled.  His mom claims YK Osiris blocked her from his socials. 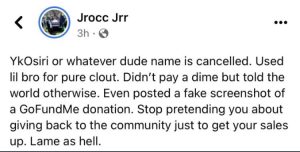 Last week, YKO said he was talking to the family at that moment and will take care of things.  After Tyre’s brother’s and mother’s post, Osiris got in touch with Tyre’s mom, Nekia Dodd and agreed to send the money through GoFundMe.  He afterwards posted his donation of $15,000 stating this is straight from the heart.  Finally, he is giving his money away instead of losing it. 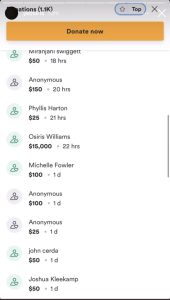 A few weeks ago, the Jacksonville artist played Young Bleu in basketball to which he lost.  Young Bleu posted a video of YKO paying him $10,000 on Instagram.  Earlier this year, the fearless gambler said he is aware of his money habits.  In an interview, he states, “I think I just don’t make smart bets.  I just jump in the water and swim.  Are you going to save me?”  He was lucky Drake was being nice and gave him another choice to repay his $60,000 debt.  Not sure what the wager was, but Drake offered YK Osiris to perform “Worth It” on the spot.  He did just that and erased his $60,000 debt.  Drake’s splash brother, French Montana, also ran into YK Osiris earlier in the year asking about the $5,000 he owes him.  French posted on Instagram that YK owes him from bowling and he will get his money.  They were joking, but I’m sure French was a little serious.  Maybe 50 Cent can help YKO get paid!

Recently, he thought YK Osiris can have a potential role in hit show “Power”.  YK Osiris posted a video on Instagram tagging 50 Cent stating he wants a role in the show.  50 responded by posting his own video giving support to the young rapper.  It wouldn’t be the first time 50 puts a rapper on to acting.  YK Osiris could sure use the extra money!