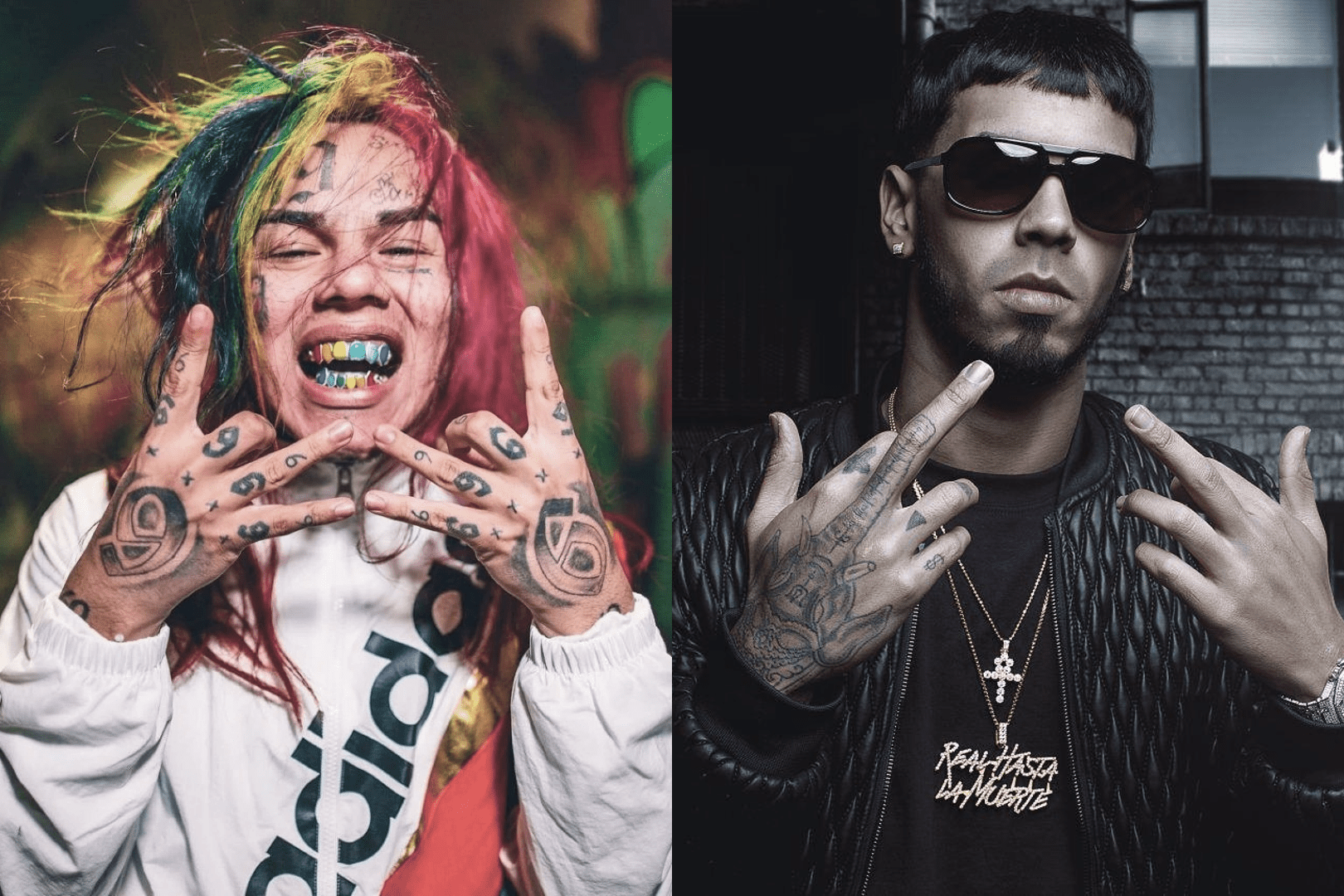 Here is the timeline to their fallout:

Anuel is released from prison and immediately puts out his debut studio album Real Hasta la Muerte, which translates to being real until death. He seeks exposure in the American market and reaches out to Tekashi to hop on a track together–mind you, this is Tekashi’s biggest year. They collaborate on BEBE, which was 69’s first song in Spanish (he is of both Mexican and Puerto Rican descent). The song charted 26th in the US Hot Latin Songs (Billboard) in 2018 and it went platinum in the U.S. The music video currently holds 1.1B views.

They then collaborate for a second and last time on MALA, which was a track on 69’s debut studio album Dummy Boy.

Tekashi 6ix9ine works with the Feds and testifies against his former crew, the Nine Trey Gangsta Bloods. People start calling Tekashi a “rat.”

Anuel AA goes on Complex News and talks about how his relationship with Tekashi began. He also tells the interviewer how BEBE came about: Anuel wrote it and Tekashi had the beat.

When asked about Tekashi, he says that he doesn’t rock with snitching and that he’ll have to wait until he is released to see if they record again or not.

Daniel Hernandez (Tekashi) is released after allegedly snitching. He signs a $10 million record deal with his former label 10K Projects for two new albums–one in English and one in Spanish.

Anuel is a little more than a month away from releasing his second studio album Emmanuel.

Anuel releases Emmanuel with no 6ix9ine features. They hop on an Instagram live together because Anuel wants 6ix9ine to hype up his record. Speaking in Spanish, they both seem to be on good terms and Anuel states that he is willing to separate the music and its business from the streets to put out more music with Tekashi.

It’s around this time where Anuel and 69 record YAYA.

Anuel is interviewed on Rapetón by El Guru (@elguruofficial) and states that he changed his mind. He will not collaborate with 6ix9ine on any new music. He doesn’t condone snitching out of respect to a large portion of his fanbase. A snitch locked up both Anuel and his brother.

In Spanish, 6ix9ine starts off by offering the interviewer $50,000 in cash if she can think of an instance in which 6ix9ine disses Anuel AA. 6ix9ine says he and Anuel were like brothers, and admits to being heartbroken hurt when the Reggaetonero didn’t have his back. 6ix9ine had to get drunk in order to confront Anuel over the phone.

Moreover, Tekashi confirms that Anuel deleted his verse from YAYA and claims that Emmanuel flopped in sales.

Lastly, 6ix9ine’s finishes by saying that he loves Anuel AA and that god bless him. In order for them to collab again, Anuel has to stop with the hypocrisy and the abuse. The interviewer closes off the interview by stating that Tekashi made all of these accusations with teary eyes.

Since then, Anuel AA uploaded screenshots of his album sales to his story to refute 6ix9ine’s claims and unfollowed El Gordo y la Flaca from Instagram. He still hasn’t officially responded to 6ix9ine but thousands of fans are siding with he snitch.