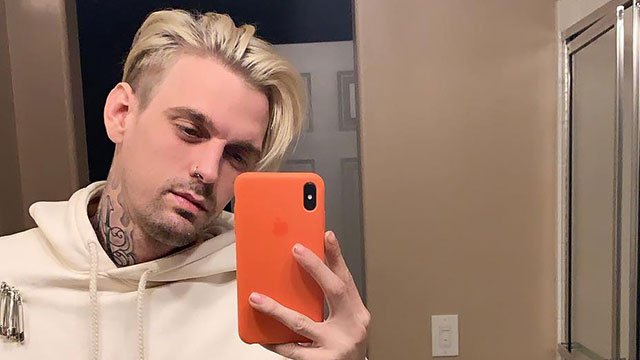 Since Aaron Carter passed without a will, it’s up to the state of California to choose who inherits his estate.

According to a TMZ report, Carter ignored previous advice to make a will in light of his son’s birth last year.

Apparently, things between Aaron and his child’s mother Melanie had gotten extremely hectic before his death. Affairs were so bad the L.A. County Dept. of Children and Family Services had to step in and remove the infant from their home. Since then, the 11-month-old Prince has been staying with Melanie’s mother.

Tragically, Aaron Carter passed away unexpectedly last week. In many states including California, the child automatically gets their parent’s estate if no will is left behind. Due to this, it’s highly unlikely Prince will have to battle anyone for his inheritance.

Unfortunately, Carter wasn’t doing great financially before his death. Despite his active music career, A source informed TMZ he was living check to check and spent money recklessly. But all hope isn’t lost for Prince. Since Carter’s home is currently on the market, his son could potentially receive the earnings from that sale.

Just before his death, Carter seemed optimistic about his life and career according to his manager Taylor Helgeson. He shared the singer’s last texts to The U.S Sun, in which he showed excitement for his recent music. “‘Bro, these songs are amazing,” and “‘This is definitely a Grammy!’ He typed. Helgeson claims his client’s upcoming project was meant to “take accountability” for his long history of drug abuse. Sadly this never came to fruition.

The cause of Aaron Carter’s death still hasn’t been released by California police.

Inside Haunting 911 Call After Aaron Carter is Found Dead

Aaron Carter Passed Away But His Legacy Remains