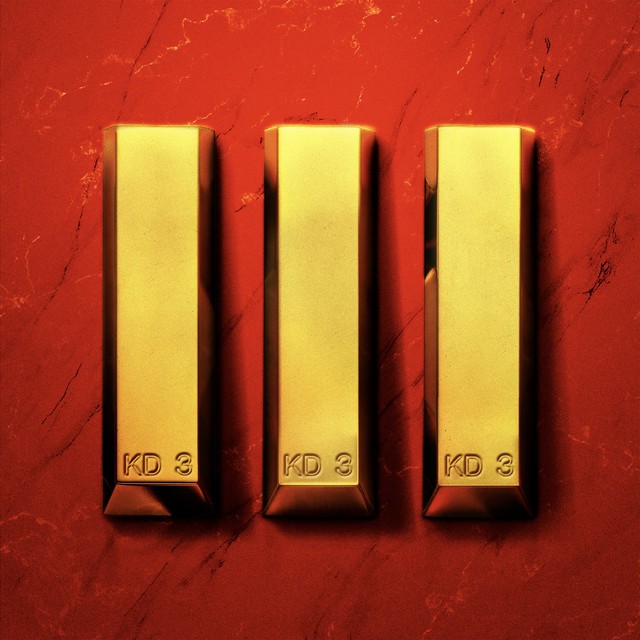 Last week, Nas and Hit-Boy set the industry ablaze with their new King’s Disease installment, King’s Disease III.  A lot of people are saying that this is the album of the year.  In fact, some are even saying this is a top 5 Nas album!  That’s saying a lot as he has been rapping since 1993.  This is a great album, Nas nor Hit-Boy disappoint.

On the intro track, “Ghetto Reporter”, the Queens emcee admits just what I have been thinking about him.  It’s funny because these past few years I’ve been saying to myself Damn, Nas has never dropped this much in his career in a short time frame.  He told us to cherish it and we sure will!  Escobar dropped King’s Disease I in 2020 and both KDII and Magic in 2021, all with Hit-Boy.  They say you’re only as good as your last, therefore Nas claims KDIII is better than all of them.  Nas also talks about the state of hip-hop in 2022.

And I’m prayin they set/

Instead, most artists don’t live as good as the execs/

And they end up depressed

Scarred by A&Rs, the music be changing”

Nas is up on game on how the industry does these rappers.  He hints at why rappers’ music constantly changes.

What Hit-Boy did with “Legit” is unfair!  This might solidify Hit as the best producer in the game right now.  He turned a scene from the classic movie, The 5 Heartbeats, into a sound that only Nas can float on.  And boy, did he float! Nas references the movie early in his verse with his Eddie King bar.  Esco continues to empathize with the young rappers coming up as he raps:

“What’s the cost of a CD when fifteen-hundred places one sell?/

What’s that to fifteen-hundred peas on one scale?/

For a starvin’ artist tryna sneak out and reroute”

Nas doesn’t blame artists for taking another route besides music to make money based on the industry’s profit model.  But, at the same time, he is encouraging them to stay legit.

On “Thun” arguably, the best song on the album, the Queens rapper salutes all of Queens, New York in this one.  Nas has always been a great storyteller.  When he raps, you can almost always picture the words in your head.  You can tell Nas has grown as he laughs about his beef with Jay-Z after all these years.  It’s crazy that he is still listening to Takeover 20 years later.  I bet Hov went to listen to “Ether” after receiving that text.  This might be the Queens anthem now.

Let’s just face it, Nas and Hit are on a big run!  So, calling them “Michael & Quincy” is not far off.  In songs like “30”, “Hood 2 Hood” and “Recession Proof”, Nas and Hit-Boy complement each other styles.  Nas has been around for 30 Summers and doesn’t look like he has any plans on stopping soon.

“Reminisce, another gem off the album, Nas mentions that everyone was calling him the greatest after he dropped his first album, Illmatic.  He adds that no one was rapping like him in 93, once again claiming the crown.  As the song goes on, the New York legend keeps reflecting, but ends the song by saying that you shouldn’t reminisce as it is not good to live in the past.  Nas is focused on being present and enjoying today because he’s doing amazing things right now.  He gives a shout-out to Mary J. Blige to let her know what they did back then was legendary and to still be doing it now is amazing.

We all know Nasty Nas is one of the best and he believes so as well.  On “Serious Interlude” and “I’m on Fire”, Nas shows off how fly he is and his ability to still rap like this over 20 years in.  This trend continues on “WTF SMH”, but in the second half of the song Nas gives us a lesson.  Hit-Boy does an amazing job by switching up the sound so that Nas could give us a lot of knowledge.  The easy listening instrumental allows us to focus on the game his partner is giving us. It’s evident that the way black people treat each other weighs heavily on the 49-year-old emcee.  It’s a theme that is prevalent throughout the album.

Overall, I rate this project as a Platinum album.   Nas and Hit-Boy do it again, as they don’t seem to miss on the near hour-long project.  From the beginning all the way through to “First Time”, “Beef” and “Don’t Shoot”, Nas has again proved that he can do this for another 30 summers!  As long as he has Hit-Boy by his side, he has nothing to worry about.