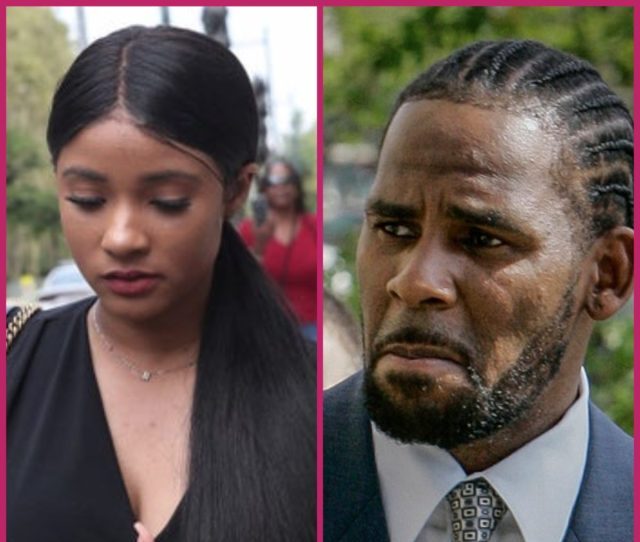 Today R. Kelly (Robert Kelly) is under the spotlight because of an interesting development. Reportedly Kelly is engaged to one of the alleged victims for which he was tried and sentenced, Joycelyn Savage.

July 11tth news broke of Kelly’s engagement. Several outlets are reporting access to legal documents of Jocelyn Savage’s admission of her engagement to Robert Kelly. Interestingly Savage is also one of Kelly’s supposed victims raising several questions. When did this engagement happen, and why is it coming to light now?

When Did the Engagement with Robert Kelly Occur?

There is no information on when Savage’s and Kelly’s engagement occurred. The only sure thing is the judge knew of this before sentencing. According to Entertainment, Savage provided this information to the judge in a letter. In the letter, she not only gushes about Kelly but denounces her victimhood and makes a request for leniency. In Savage’s words,

“[Kelly]is not the monster that the government has described him to be.”

Why are Savages Claims Now Coming to Light?

This is the most mind-boggling part of this situation. During the trial, there was no mention of this information. It seems this would have been pertinent information during the trial. Savage, however, chose to write a letter to the judge right before Kelly’s sentencing. According to Entertainment, the letter read,

“My name is Joycelyn Savage, and I’m Robert Kelly’s fiancé[e]. And I’m writing this letter in support of Robert in advance of his sentencing.”.

Not only is the timing questionable, but the lack of verifiability. This is even more speculative, given Savage defended Kelly in 2019. So why not mention her engagement during the trial. Was it forbidden?

Furthermore, Savage’s family claims to know nothing. Not only have they not heard about her claims until now they stand in doubt about the validity. So, there is a great deal of speculation surrounding the intent of the proclamation.

There is so much to digest here, and it certainly raises eyebrows. This letter is indeed a strike at her credibility, and it brings into question the integrity of the other witnesses. It also makes one wonder if there was a bigger agenda in play. It is an undeniable part of Savage’s claim she’s not the victim the government portrayed her to be. Reportedly she goes on to reiterate forced victimhood once more further in the letter. As per the document,

“it breaks my heart that the government has created a narrative that I’m a victim.”

As of now, the parents are still waiting to hear from their daughter. Savage remains disconnected and reportedly claims to have been so since getting involved with Kelly. So, all we have is a letter and a lot of speculation. We know it had zero impact on getting Kelly’s 30-year sentence reduced. It would be interesting to see what Kelly has to say on the issue. It appears outlets reached out but were met with a rather scathing response from Kelly’s legal team.

FM Hip Hop will keep tabs on this new revelation and report the findings if anything comes of it.