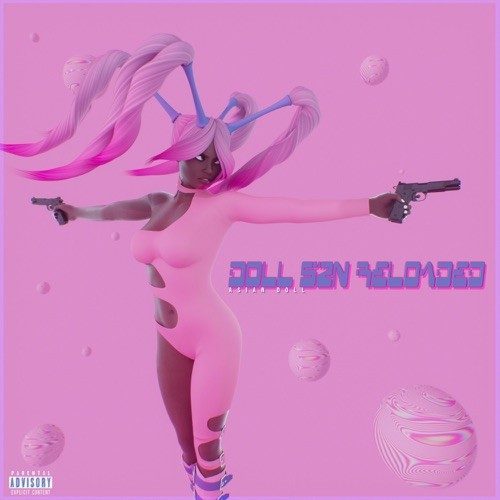 Time Is Ticking by Asian Doll/HotNewHipHop

On Feb. 22, Asian Doll released her new music video for “Time Is Ticking,” which finds the Dallas-raised artist passionately spitting over a drill beat alongside “Top 5” hitmaker Bizzy Banks.

“Bro she kills any drill beat,” one YouTube user wrote in the comments of the visual earlier today. “This is her lane here. The first real female drill rapper, she sound so epic. Love it. Let’s goooo Asian Doll [you] killing it, this [is definitely] your lane.”

Initially, the song was part of the Doll SZN Reloaded project from 2020, along with “Come Find Me,” “Wet Wet,” “Roll Call,” and “Pull Up,” which featured her late ex, King Von. “Been blasting this for over a year,” another comment reads. “So glad the visual is finally out. Another anthem right here.”

“I wish someone in the industry widely known with a huge fan base [would] hop on a song with her,” someone else chimed in. “Give her that feature that’ll push her further. She’s mad talented. I just feel like in a sense maybe she is blackballed.”

View the music video for “Time Is Ticking” above.

Them junkies in the back, trap-house with them mice and rats
Don’t ask me sh*t, don’t do that
These n****s running through that
They asking how you do that?

I’m from where they die and cool at
What happened to keeping it real?
These n****s ain’t down, they weird
Don’t cry no more, no tears
Just ran down on a b***h in the hills (on gang)
What happened? B***h who phony?
If I go, then I’m going like Tony

Bizzy Banks, a Brooklyn-based rapper, gained popularity after releasing his debut single “Don’t Start” in 2019 and his debut mixtape, GMTO (Get Money Take Over). Vol. 1, in 2020. The Brooklyn native Banks (aka Majesty Moses) was inspired at a young age not only by his older brother but also by rappers such as Lil Wayne before he began to upload his songs. Soon after, he released his debut single, “Don’t Start,” which racked up millions of streams.