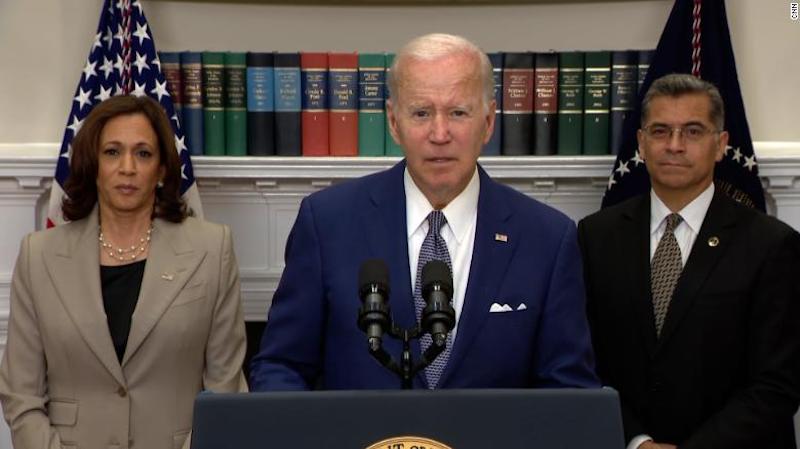 On Friday, Jul 8, President Biden signed an executive order to protect access to reproductive health services. The news came after the supreme court overturned Roe v. Wade and effectively eliminated the constitutional right for women to get an abortion. The executive order protects access to medicated abortion, emergency contraception, and patient privacy.

The order also attempts to launch public education efforts on abortion issues. It will include improved security and legal options for those seeking and providing abortion services. The order will also require the secretary of Health and Human Services (HHS), Xavier Becerra, to update Biden on the actions Becerra is taking. The HHS will take steps to expand access to emergency contraception and long-acting reversible contraception like IUDs. The attorney general and White House counsel are meeting with private pro bono attorneys for the obvious legal challenges ahead.

The White House released a statement.

“President Biden has made it clear that the only way to secure woman’s right to choose is for Congress to restore the protections of Roe as federal law. Until then, he has done everything in his power to defend reproductive rights and protect access to safe and legal abortion.”

Ultimately, there is no single action that the president can take to restore the nationwide right to abortion fully. President Biden himself has acknowledged this fact. Biden has also called on the American people to vote for new congress members this November. The president’s statement declares that Congress needs members who support federal legislation protecting abortion rights. However, the White House also clarified that the president does not support the expansion of the Supreme Court. However, many progressives want this change to happen. Another progressive idea that the White House dismissed was the idea of using federal land for abortion sites.