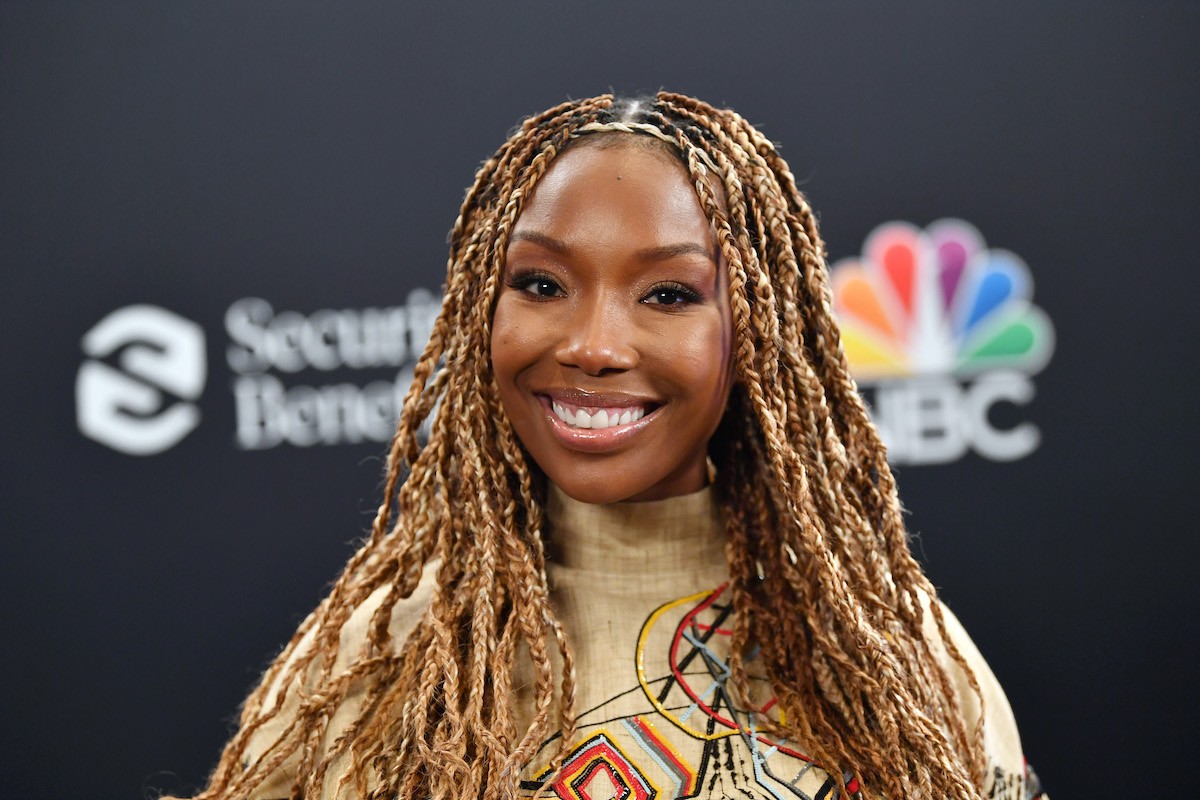 Earlier today, singer Brandy gave her response to the video of Jack Harlow discovering she and Ray J are siblings.

In the first Tweet, Brandy responded to Harlow saying she could beat him at rapping.

“I will murk this dude in rap at 43 on his own beats and then sing is ass to sleep,” tweeted Brandy. 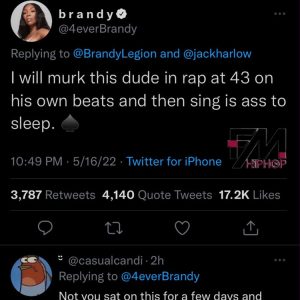 Hours after the first tweet, Brandy posted a second tweet explaining she was just having fun and that was ‘all love’.

Finally, Brandy made sure to emphasize that she was joking. Also said she didn’t know Harlow rapped or how big this controversy got. 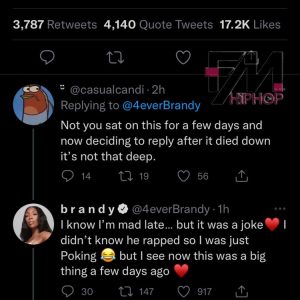 India Arie Also Responds to the Clip…In a Different Way

Although Brandy took the controversy in stride— and with a bit of humor— other artists did not.

5 days ago, R&B singer India Arie unleashed her fury on Instagram and expressed her anger at Jack Harlow’s ignorance.

“Just because you make Black music doesn’t mean you know Black culture. If U don’t know Brandy’s voice when you hear it … WHO EVEN ARE YOU?”

“When an ACTUAL MUSICIAN!,” Arie continued, “WHO MAKES BLACK MUSIC! Deduces one of the industries MOST IMPORTANT VOICES @brandy to Ray Jays SISTER? who is famous (mostly) for his Proximity to Kim Kardashians.”

An interview with Jack Harlow on Hot 97 went viral last week after Harlow learning that Brandy was Ray J’s relative.

The 24-year-old rapper was a guest on Hot 97 to talk about the release of his second album Come Home The Kids Miss You.

During the live interview, the hosts of Hot 97’s Ebro in the Morning played the song Angels In Disguise from Brandy’s Never Say Never Album. Initially, he assumed it was Aaliyah.

Laura Stylez gave him a little clue “she starred in a TV show”. After seeing that didn’t seem to help, Peter Rosenberg gave him another clue “Her brother is the reason why a lot of people are famous, you could argue.” Immediately, Ebro Darden added “her brother had an incredible sex tape.”

After a few seconds of silence, the rapper surprised the hosts with the question: “Who’s Ray J’s sister?”

As a result, everyone in the studio immediately burst out laughing.

“Brandy and Ray J are siblings? Nobody’s ever told me that in my life!,”said Harlow with surprise.

.@jackharlow finds out Brandy and Ray J are siblings during interview to HO7 97 pic.twitter.com/dIFcbLOaP1