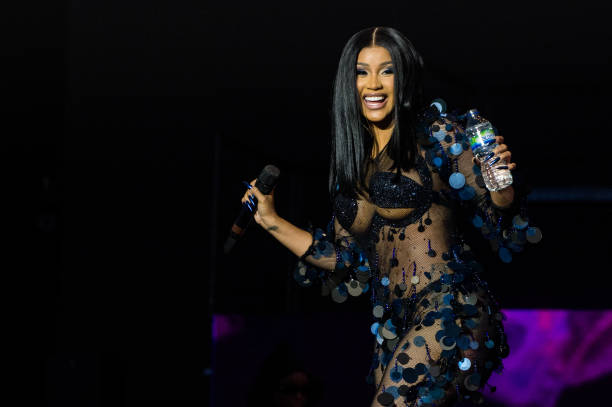 Cardi B. really loves her old junior high. Acting on that love, she has donated a $100,000 to the middle school, located in the Bronx’s Morris Heights neighborhood.

In 2019, Cardi B had revealed some of her history on Instagram. She looked through her middle school yearbook from 2006 and commented on it. She revealed the origins of her stage name during the post, stating, “In the beginning, I used to call myself Bacardi, that’s where I got Cardi B from.”

Cardi B. made the donation during a visit to I.S. 232 on September 13. The visit was made possible due to her partnership tour with Community Capacity Development, a human justice organization working to wipe out systemic challenges in marginalized communities of color. On previous occasions she has praised the organization for gun prevention, youth mentorship, and education.

Visiting the school, Cardi spoke and held a small Q&A with the students before surprising them with her donation. She talked about her favorite teachers and life advice she’d received. Cardi also talked about how she was arrested for fighting another student. She told students to welcome challenges instead of acting out in the face of them. When she gave the school the donation, she asked for it to be used for after-school programs, including tutoring and music/dance.

HAPPENING NOW: Cardi B announces she’s donating $100K to I.S. 232 in the Bronx, where she used to be a student. @NBCNewYork #nbc4ny pic.twitter.com/2w597RKWhz

“I’m extremely proud to be from the Bronx and I have lots of family and friends who live and work there still,” Cardi said. “So when I heard about the fire and all of the victims, I knew I needed to do something to help. I was looking at some areas. The way that the prices soar up…like how are people surviving? I want to know. My family and my friends, they’re so grateful to have me, but it’s just like, what happens to people who don’t have a me?”

K. Baine, the founder and executive director of CCD claims that Cardi’s donation will go a long way.

I.S. 232’s principal, Desiree Resto, has revealed that the money is going to be spent on performing arts and other areas that will help the students.