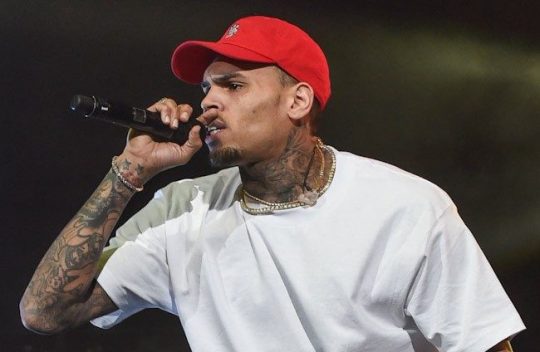 Chris Brown has been on a upward trajectory ever since his first self-titled album back in 2005. Fans knew then that he would be around for a long time and nine albums later he is still creating hits. Brown will release his 10th album, Breezy, next month.

Chris Brown hasn’t released an album since 2019 but he hasn’t missed a step. Teaming up with Jack Harlow, Young Thug, H.E.R., and other artist has kept fans calm but they want more. Fans have been waiting for three years for a new album. The No Guidance artist has been teasing his Breezy album release for some time.

May 9th that tease turned into a real thing. Chris Brown told fans that Breezy is on the way through a Instagram post. He also left the month of “June” in the comments. Fans won’t have to wait too long to enjoy the Breezy album. If nothing happens then the album will drop next month.

“Iffy” and “WE(Warm Embrace)” have been released as singles for the new album. Both songs gives us a glimpse of what to expect from the Breezy album. According to Genius, “WE” was produced by Don City and writer credits go to Don City, Chris Brown, and VEDO. “WE” also uses samples from the R&B hit “Let’s Chill” by Guy.

Many can’t wait for the Breezy album to drop. Hopefully, they will be able to listen to the new album without using the skip button. Chris has not disappointed yet and he wouldn’t wait until now to do so.

Mr. Gimmie That will be heading out on a joint tour with Lil Baby and travel around the United States. Baby and Brown announced the tour back in April. Chris Brown will feature his Breezy album on tour. One of Them Ones tour will first set off in North Carolina. Tickets are still on sale but who knows for how long. Grab your tickets for the One of Them Ones tour  ASAP!