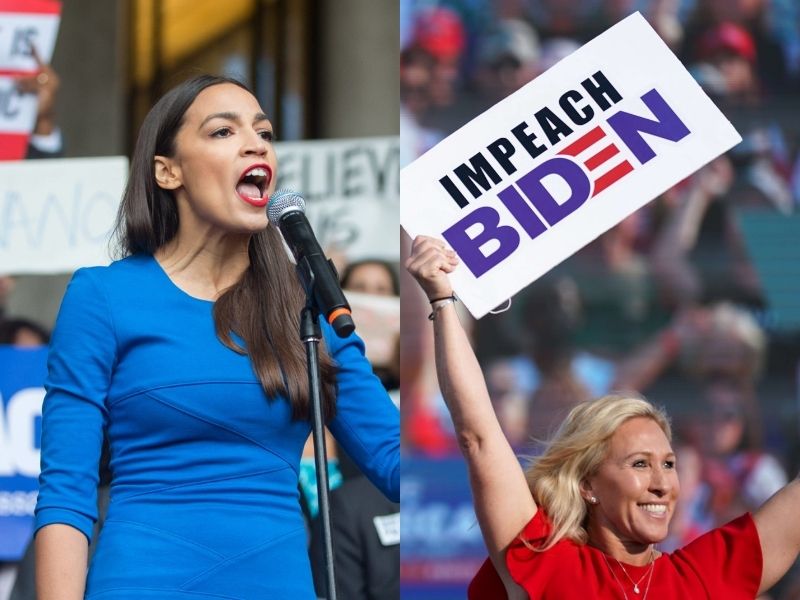 Some congress members joined forces to support Russian oligarchs by voting against sanctioning them. The far-right and far-left seem like they just found a new common ground (apart from antisemitism).

The bill is to seize the assets of all Russians who partake in Putin’s corruption schemes. Showing support for the Russian president will also lead to the U.S. government acquiring the oligarchs’ wealth. The funds are then going to support Ukraine in its war against Russia.

Congress’s Tankies and Wannabe-Nazis Explain Why They Voted Against

Rashida Tlaib “does oppose allowing our government to unilaterally seize people’s assets with no legal process,” according to her office’s spokesperson. Interestingly, Tlaib seems to have no problem doing something similar to American oligarchs.

Still, the bill “provides essentially no evidentiary standards for asset seizure,” according to the Tlaib’s spokesperson. It also “contains zero measures to ensure transparency and accountability.”

“Oligarchs should suffer,” Ocasio-Cortez’s spokesperson claimed. However, “this vote asked President Biden to violate the 4th Amendment, seize private property, and determine where it would go – all without due process.” Indeed, why bother the equity of Russian oligarchs? It’s not that they act similar to Mark Zuckerberg, who uses his wealth to back up highly controversial views.

Unfortunately, Marjorie Taylor Greene remained from commenting on the matter. However, Thomas Massie provided an explanation. The ultra-conservative lawmaker claimed that “giving Joe Biden unilateral authority to seize property in the United States without any due process sets a dangerous and disturbing precedent.”

Ilhan Omar also tried to provide an explanation. “When you do something symbolic like this, you have Ukrainians who are believing this is being done and that there are resources that are going to come to them,” the congresswoman explained. “You can’t do that to people.” It’s unclear how offering and legalizing the straightforward and efficient pathway of funding the war efforts is a “symbolic move.”

It’s also unclear whether any of the opposed congressmen considered the Ukrainian president’s Jewish descent in their vote.