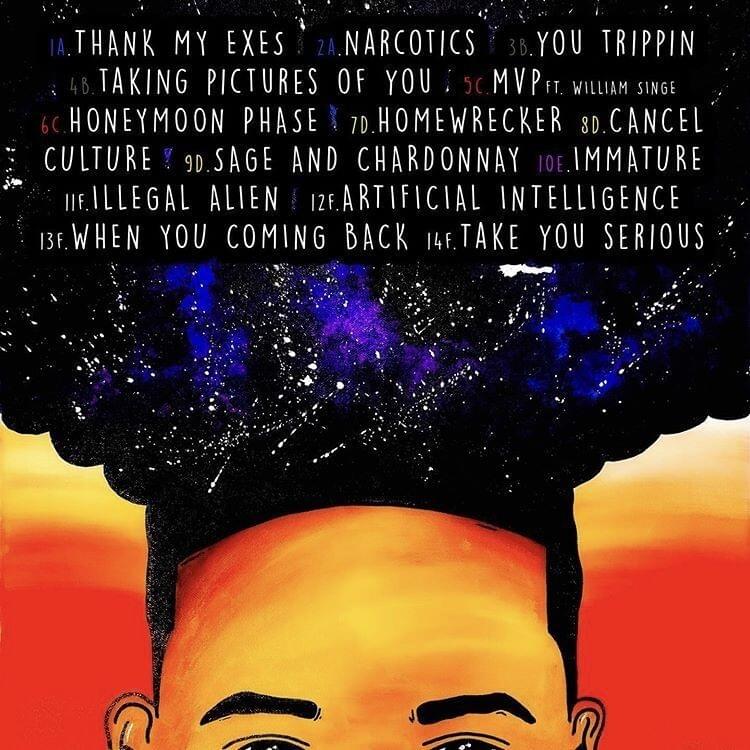 Devvon Terrell, who often calls himself “The Living Weirdo” in his YouTube covers, is a Brooklyn-based musician who works around the clock without delay. Not to mention, he’s a one-man show, meaning he conducts everything behind the scenes. That includes shooting his own music videos and fine-tuning his tracks.

In his lyrics, Devvon Terrell speaks on resonating topics like love, loss, and everything else in between, primarily singing with a soulful, velvety register that’s satisfying to the ears. Likewise, he lets fans in on what he’s seen or heard. Devvon Terrell approaches these themes with different perspectives and authenticity. His musical styling is a mesh of both old and new school R&B, but at the same time, takes admiration from several genres. 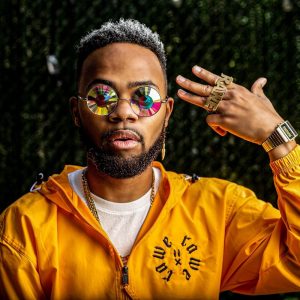 When it comes to his YouTube covers, he serves listeners worldwide with edgy takes on popular songs. Really, it puts the “in” in innovation. Overall, Devvon Terrell is the epitome of being an artist who strikes out in the musical realm.

Devvon Terrell describes himself as a kid from Brooklyn who has been told “no” hundreds and thousands of times. Furthermore, he pushes himself so that he can make a positive impact in the world. The R.A.W.E. singer, songwriter, and producer’s pseudonym stems from his government name. He chose to go this route because he wanted to stay true to himself. Devvon Terrell’s musical journey dates back to the third grade.

During that time, he was involved in many extracurricular activities, including school plays. In those moments, Devvon Terrell also tapped into his range. Once he went to college, the “Tell You Off” vocalist decided that music was his true calling. He followed this aspiration and took on audio engineering at Full Sail. 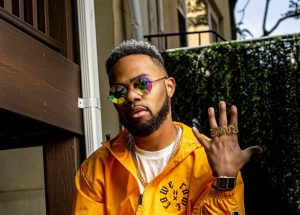 Fast forward, and Devvon Terrell got his degree. From there, he ran a studio for a while, even sleeping there while he built his musical empire. Now, he’s topping charts and surpassing millions of streams.

The transition from YouTube covers to original jams began with a thought in the back of his head. He pondered about grabbing people’s attention and building a massive audience to bring them over to his original stuff.

In the same fashion, Devvon Terrell wanted to do it all independently, and so he did. After reading Contagious by Jonah Berger, he took notes on great tactics that would help him go viral while learning why people are attracted to certain things.

“I just found a little scheme to do renditions of popular hits,” he adds.

Eventually, Devvon put things into action, and as a result, found much success.

He keeps going because of R.A.W.E. fans and supporters.

“I could have the worst day in the world, but once I tap into the group chats with them and start speaking to them, it makes me feel better about my day. We’re honestly like family,” he continues.

Before hopping into the booth, Devvon Terrell likes to light some sage and sip on some liquid courage. “With me, I could sit down and maybe knock out five songs in a day, or I could sit down and knock out none. It depends on whatever comes out. It’s a vibe, and if today’s the right day, then it is,” he says.

His newest album Vol 2: Deja Vu is a continuation of The Rawe Sound, Vol 1. However, there’s a slight differentiation, both sound and theme-wise. Like the last album, Devvon Terrell speaks on building a relationship just to have it sail again. It picks up from Rawe Sound, Vol 1’s track, and sees him breaking up with the girl he had a rocky road with. Sonically, Vol 2: Deja Vu carries gospel, R&B, and lo-fi soundscapes. Ultimately, the album puts Devvon Terrell’s emotional vulnerability on full display as he speaks about situationships, crushing hard, and other trying topics that come with love.

“When it comes to love, we tend to repeat ourselves until we get it right,” he adds. “From Vol 2: Deja Vu, I hope they [listeners] tie the connection between my love for lo-fi and R&B. Additionally, I want them to notate this as a timeless project. It can’t be dated.” 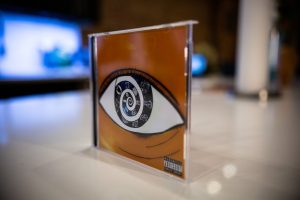 Sure tracks include “You Trippin‘,” “MVP,” and “Homewrecker.” He enjoyed creating “Cancel Culture” because he was able to speak his piece about cancel culture. Devvon also lists “Thank My Exes” as a fun track to make because it’s comical, happy, and in a gospel fashion. “I thank my exes so much because I learned so much from y’all,” he says.

The songs “You Trippin'” and “Homewrecker” are assisted by cute animation shorts, which came about because of COVID-19. Although the two videos came out in a different order, fans will understand why once they tune into Vol 2: Deja Vu.

“You Trippin” is a warm R&B offering that’s led by an acoustic guitar loop. Between lyrics, Devvon Terrell speaks from the perspective of a man who’s not fond of his crushes’ constant traveling.

“Girl, I see you travel different, yeah /When you not home, oh, I can see the difference, yeah /You just wanna have a good time, don’t you? /Every time you on that plane, you be feeling yourself,” he delivers.

As the song continues, the singer admits that he’d rather have her travel to his side of town. Given the context clues, it seems like this woman is a different person once she goes on flights. But that doesn’t stop him from pursuing her. He suggests for them to see the world together.

“I wish I knew the time and place, yeah /So I can link up with you every day, yeah /I know right now/I’m just a spectator, yeah /Waiting to enter the game /’Cause I got some more stamps to put up in your passport/Girl, I just be tripping on you like this is that last resort,” he sings.

“When it came to the song, I talk from a males perspective,” he continues. “You know that one girl you’re stalking on Instagram all the time and they have no idea who you are but for some reason she seems so cool? My perspective of that in this song is ‘Yo you always out and about. I’m watching you and I’m interested.'”

After scoring the girl of their dreams, both Devvon Terrell and William Singh showcase their bragging rights in “MVP.” Assisted by a mesmerizing yet settling ’90s-type R&B soundscape, Devvon Terrell speaks about giving his newfound lady the finer things in life because she deserves it. “Imma make you fall in love with me/

Pulling every trick from my bag out/Sending flowers to your job just to let these niggas know/It’s a new sheriff in town now/Tell em they should pack it up now,” Devvon sings.

Deeper into the song, William Singh taps into a falsetto range, wondering how long it took for him to get her attention. Additionally, the musician wonders how to keep a smile on her face because he doesn’t want to lose his one-in-a-million shawty.

“You made me go so hard to get a foot in your door/And I know there’s more that I gotta do/What I gotta do to keep it/I don’t wanna lose/Cause I can tell you don’t want the bullshit,” he delivers.

Over a beat that fuses lo-fi and R&B elements, Devvon Terrell expresses how he feels about an abrupt sticky situation he’s gotten into in “Homewrecker.” The singer details the pain he feels after finding out that his girl is dating someone else, saying, “Why didn’t I know you had somebody/Proposals all on your timeline with someone else/I can’t lie I’m confused baby/Cause you was just talking crazy to me in DM’s.”

Elsewhere, Devvon begins to question if he’s a homewrecker, battling with his morals. “But I’m conflicted cause it’s the perfect setup,” he admits in the chorus. Although she’s ready to tie the knot with another, she still wants him around, which takes a toll on Devvon’s emotions.

“When feelings arise for someone that has a significant other, steady guilt is inevitable,” he tells Genius. “A “situationship” is born, and we have to decide whether we can live with our actions or place the blame elsewhere.”

Moving forward, expect Devvon Terrell to drop a few visuals, including for his song “MVP.”

His advice to aspiring artists is to figure out who you are and your audience. “You are special, unique.”

Listen to Vol 2: Deja Vu by Devvon Terrell below: